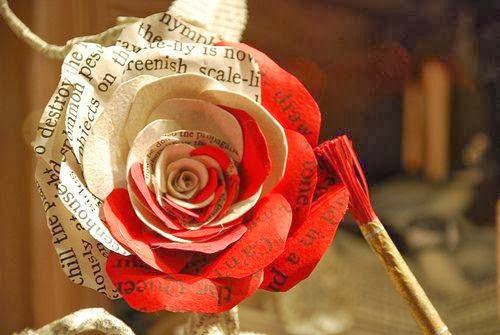 Sometimes, all you need is a good whinge before things get back on track.

I certainly did that the other day, but then, when I started Novel Idea, I did say I'd let you in on the process of writing a novel, warts and all. Whinging is a big part of my creative process, in equal measure with blind panic and boredom. That may not sound like the romantic ingredients for writing, but somehow the souffle always rises.

So, after declaring that I'd lost the plot and needed to step back, I sat down Tuesday morning and bashed out a solid 2,500 words. I wasn't wrong though, I did need to step back. The story was headed over a cliff and trying to push it that way was causing the block. By taking my foot off the pressure peddle I was able to see another route. I refocused on the most important thing: the characters, and from there the rest of the plot started to come into view.

It didn't take long at all, and I'm back to being confident about what I'm writing - and enjoying it.

I'm currently at 200 off 81k, and I'm less worried than I was about the count now that I'm okay with the direction it's going in again. It still feels like a high word count not to be able to see an ending yet, but I shall put my faith in the page and assume that everything will wrap itself up in the next 20k. I don't think I've ever got to this point and been unsure before.

Part of the problem has been that this novel stretches over a five year period, whereas everything else I've written has happened over about a year, or over two specific timeframes that you flick between. This is a bit more epic. I've spent a long time covering the first two years, and now I need to move it along much faster. It can't be serialised, it all needs to happen in this one book.

If I were to over-analyse (hey, procrastinator, alright?) I'd say that the No Editing Rule is partly to blame. Usually, when I'm not sure about the plot, I read back over what I've already written and have a little fiddle with the format.  Doing this reinforces the characters in my mind and helps me to feel confident about who they are and what their limitations and abilities might be. Because I've stopped myself from doing that on this one - for the sake of getting to the end faster - each time I start to type feels a bit fresh. Perhaps if I did allow myself to comb back over the characters, I'd feel more confident that they are whole and fully fledged, which would make jumping straight into action much easier. Each 1k I add almost feels like it needs a beginning, middle and end of its own, rather than building on a constant.

Or, perhaps when I do come to edit, I'll realise that's a load of balderdash.