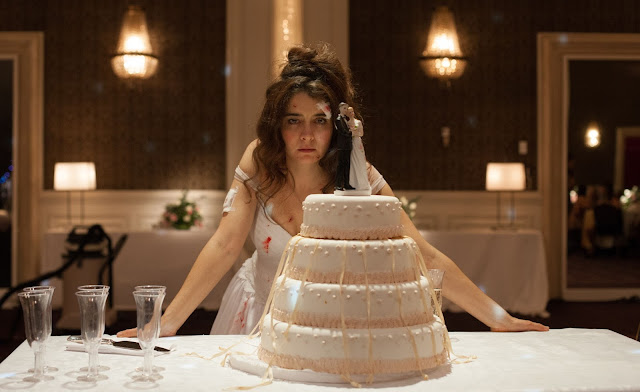 Yep. No matter how many times I watch Relatos Salvajes (Wild Tales), I love it. Absolutely fantastic Spanish film. If you enjoy Twilight Zone-style weirdness and dark humour, you'll love this. The wedding finale is absolutely superb.
at 22:56 No comments: 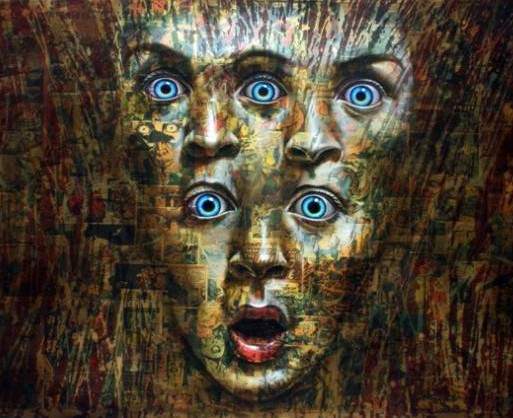 Sitting in the middle of a thunderstorm with nothing better to do than respond to an article I've just been reading: Publishers are hiring 'sensitivity readers' to flag potentially offensive content.

Suggest reading the article before my response, otherwise it isn't going to make much sense.

Jumping in on the point:

Still, some sensitivity readers feel they are in part contributing to the problem. Clayton said she's unsettled by the idea that she's being paid for her expertise, but also is helping white authors write black characters for books from which they reap profit and praise.

"It feels like I'm supplying the seeds and the gems and the jewels from our culture, and it creates cultural thievery," Clayton said. "Why am I going to give you all of those little things that make my culture so interesting so you can go and use it and you don't understand it?"

Then don't be a sensitivity reader - that's the job description. Become a writer. Whereas I accept the point about being less likely to be published than a white woman, a white woman is apparently eight times less likely to be published than a man. Do what a thousand authors have done throughout history and choose a nom de plume if it helps, but overcome your own fear of rejection and put yourself out there.

The misnomered international publishing scene puts writers in economically developing countries at extreme disadvantage. Small publishing houses are springing up across Africa, and some authors do have access to digital publishing tools, but many can't accept online payment for their work and haven't got access to strong editing or marketing support.

I totally accept that. The problems are very clear.

But, moving on a little from the underlying root issues, I absolutely disagree that the way to respond to that is to attack artistic freedom to switch places, and to suggest that writing from different perspectives is cultural thievery.

And you may say 'Oh, but you're a white British woman, you would think that.'

Both Richard and Aminata were wholly authentic to me. They truly brought home the point that storytelling transcends time, place and gender - when done well.

But art isn't perfect. Artists are not perfect. We make mistakes, we don't always know where to look for the research we need, we try, we fail, and sometimes we succeed.

Bad writing is bad writing, or poorly researched, or flourishing a touch too much poetic license. Let the critics point that out, let the publishers run it through a sensitivity reader, but under no circumstances tell people to stop trying, or that they can't, or that they mustn't.

I've read pieces by African writers which have put forward extremely stereotypical portrayals of westerners, things that were totally inauthentic, biased or one-dimensional, but all I thought at the times was 'this writer hasn't quite got it,' never 'this writer should stop imagining, should stop writing, should stop experimenting.'

It's very easy to see something not written as you would like to write it yourself and suggest that it should never have been written. But if it wasn't written, we wouldn't now be having this dialogue. That's in no way to say that publishing isn't overdue an overhaul, and that vast numbers of people aren't represented on the world market, but the way to address that isn't to malign those who are already writing, however little you might think of what they have written. With each brilliant book written by a writer from a culture that isn't their own, we break down barriers. We start to find the threads that bind humanity together. And there are as many of those as threads which divide us. Which do you want to search for?

[See also: Experts Or Censors? The Debate Over Authors' Use Of Sensitivity Readers]
at 19:05 No comments: 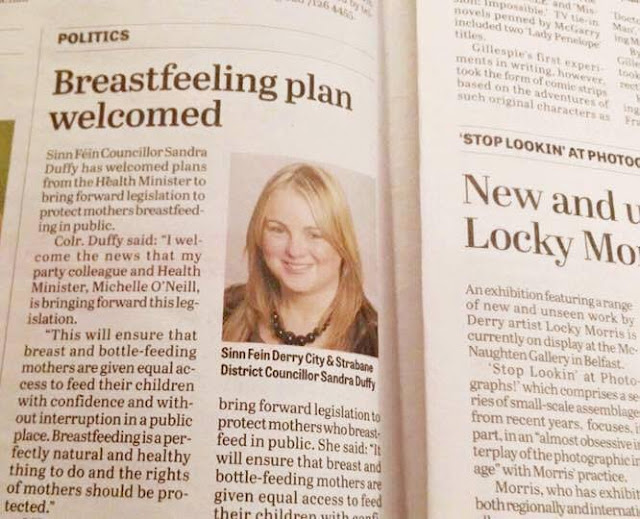 Oh dear. Almost as blushsome as eating black people and losing your shift.
at 16:04 No comments:

Email ThisBlogThis!Share to TwitterShare to FacebookShare to Pinterest
Labels: video 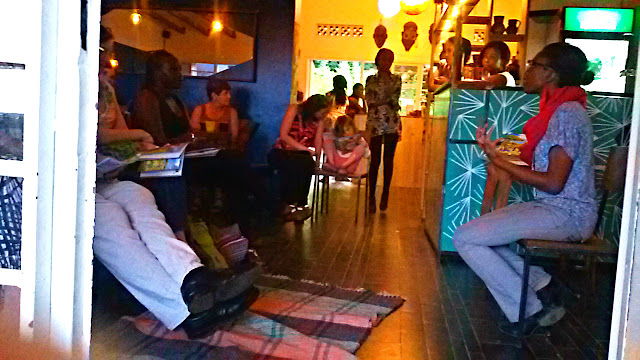 Had a really lovely few days. Met up for a quick interview with a lady called Zeddy Kosgei, who is a fellow at aKoma, an African media platform founded by former CNN presenter Zain Verjee. We had such a lovely time chatting about writing, books and films that Zeddy agreed to postpone her return to Nairobi and stay an extra day to attend ImagineWe's book signing.

ImagineWe are a fantastic group of young writers and publishers in Rwanda. They launched their first book, Oh, Rwandan Child! last year. They work alongside Inkstain, a talented illustration company.

Nicky, the head of ImagineWe and author of the book came to do a reading at my favourite bar, CasaKeza, where I also met up with the lovely Arnold Kwizera, who was on the panel of a documentary about Rwanda's reading culture the other week.

It was a delightfully bookish night. Zeddy did a really nice write-up of it on the Akoma website, with much better photographs. 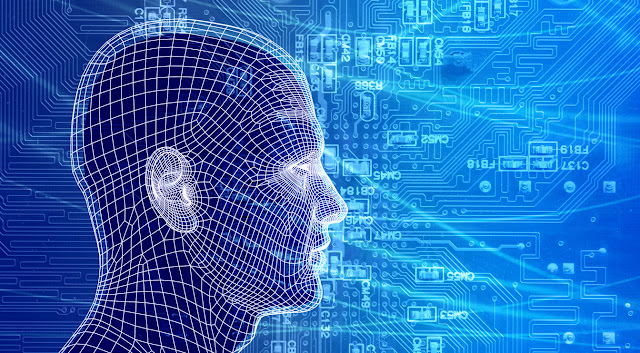 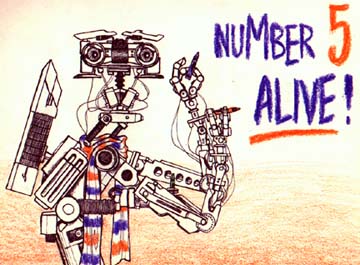 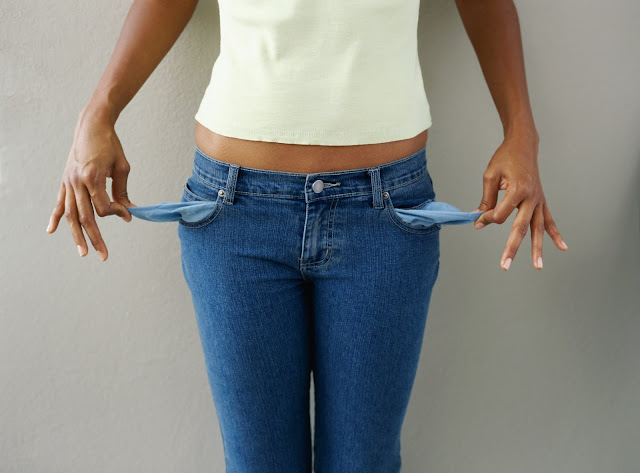 Well, things continue to look a little bleak, with the announcement that best-selling, award-winning author Donal Ryan has had to return to his day job to keep up with mortgage payments.

"It's nearly impossible to make a living as a writer," he told the Sunday Independent this weekend, "You need to have something else on the go."

Do we value art too little, or housing too highly? Possibly a combination of both.

Meanwhile, exiting the EU seems set to strip British authors of any protection they might have had over royalty payments. Because, hey, those authors earn way too much as it is. Six hundred pounds? Why, in my great, great grandmother's day, that would have been a king's ransom. Don't know how bloody good they've got it these creative types, would have been burnt as witches once upon a time...
at 19:00 No comments: 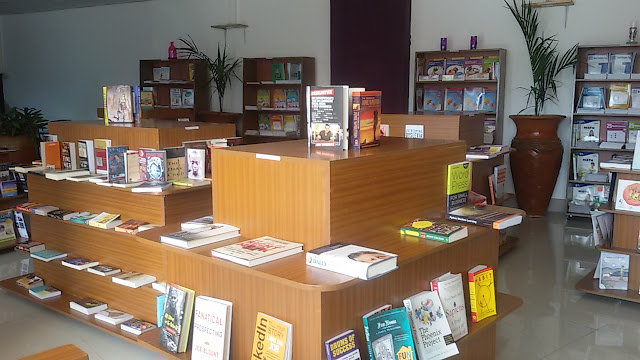 Dropped into a lovely shop called Books & Convenience beneath Ubumwe Hotel in Kigali the other day. You can find them on Facebook and Twitter. Was so happy to see Howl's Moving Castle that I couldn't resist buying a copy. My cats are named Sophie & Howl.

[UPDATE: I discovered more about this bookshop. They even stock Rosy Hours!]