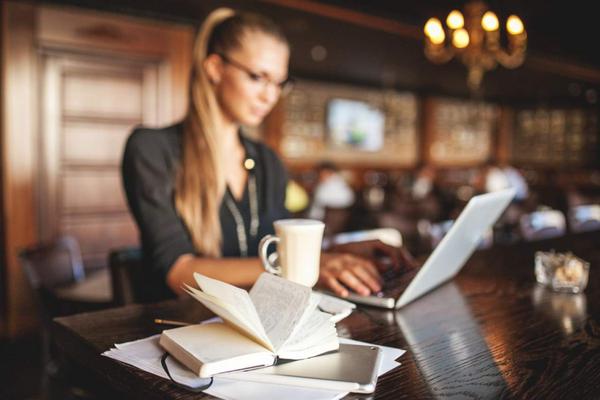 Hot on the revelation that female protagonists scupper an author's award chances comes the news that a woman writing under a male pseudonym is eight times more likely to get published!

After an extended period of writer's block and ennui — during which she'd sent out 50 queries to lackluster response — Nichols, presenting herself as George, fired off six queries to agents she'd planned to address under her real name. Within minutes, she received a response ... which quickly turned into five. Five responses. Three manuscript requests and two warm, detailed, constructive rejections. On a f*kin' weekend.

Nichols upped the ante, sending out 50 queries under the pseudonym — the same number she'd let fly under her own name. As herself, she received two manuscript requests. George got 17. Nichols grimly observes, "He is eight and a half times better than me at writing the same book. Fully a third of the agents who saw his query wanted to see more, where my numbers never did shift from one in 25."

In one forum the depressing response came:

I thought this was common knowledge? That's why many now-famous female authors tend to use initials and a last name or a blatantly masculine pseudonym. Not only is it less likely to be published, but people are less likely to pick up and read a book written by a female author (with the exception to the rule being the romance genre).

Think I'm going to give this a go myself with Secret Order. Nothing to lose (except my gender), everything to gain. In the words of Zachry o' Bailey's, I have a woahsome curio.

Also, check out Laine Cunningham's book Writing While Female or Black or Gay.
at 21:07