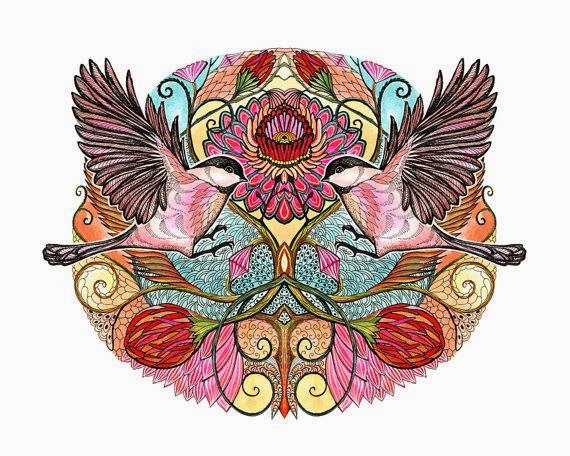 Well, NaNoWriMo started yesterday. Last week I  managed to add 3,216 to the manuscript, bringing it to around 73,252. I'm going to try to implement my 1k a day regime again to get to the end of this book by the end of the month, though with the amount of other stuff I've got on at the moment that may be a tall order.

I'll share a scene I left off with, where the princess is speaking with the Shah's head of police. It prompted a very lengthy discussion amongst my friends  as to how best to remove bloodstains from grouting in a rural nineteenth century village. Ideas ranged from hennaing the entire floor so that it didn't show, painting over it, and peroxide, to the eventual acceptance that the only realistic thing you could probably do was throw a rug over it.

I do enjoy plot discussions, though I've probably been flagged on GCHQ's watchlist by now.

Whilst I was on my knees scrubbing at the blood-soaked tiles, it had not escaped my attention that Hesam was missing. I had left him beneath the table overnight, and resolved to take him water in the morning. I had not decided what I would do with him, but Sheyda had saved his life and I did not wish to upset her by killing him, at least not in a way she might notice.

When I lifted the cloth, he was gone.
I searched the downstairs rooms and the garden, but I could not find him. It didn’t occur to me that he could have gone very far, unless Eirik had been wrong about his poison. Perhaps he had never kept a person alive for so long after using it. Perhaps the curse did lift eventually, and Hesam had simply wandered off.
I knew in my heart that this was an insubstantial explanation, but I had other tasks to attend to. If he had escaped, and if he had regained the power of speech and told his story to anyone, they might come to the door. If they did that, they would certainly discover the pool of blood on the floor. It had been more important for me to clean the house than to search for him. When nobody came knocking that night, or the morning after, I assumed that he had simply vanished. It suited me to think that way, and to immerse myself in Sheyda’s needs.
“Ah! Afsar, Afsar, Afsar. You did not think, did you.” This sudden explosion of anger caused me to draw back. “You should never have been left alone like this.”
“You do not understand—”
“I do not need to understand, Afsar. All of the understanding in the world would not save your neck had anyone found him. Don’t you see, child? Nobody would have been interested in your explanations. Nobody would care that you were the daughter of the Shah. Nothing would have protected you from the people’s anger.”
“The people’s anger?”
“Where are the rest of your servants?” he asked, lowering his voice.
“I have none,” I lied. “Şelale is away on errands.”
“You have no other staff?”
“None.”
He stared at me, unconvinced.
“We live a simple life here,” I told him. “I have learned to dress myself in exile. I enjoy it, even.”
“What about the cooking and the horses?”
“I can cook a little. Şelale taught me. As for the horses, my guards have not been gone long enough that they grow restless. In fact, that is where she has gone,” I added quickly, “to find help for them. Why do you ask?”
“Hesam was found entering the palace at Sari. My men stopped a cart pulled by an old man. Beneath the cloth they discovered his body with a sign around its neck.” He reached into his coat and handed me a dirty piece of parchment. Scrawled across it in black paint read the words: Victim of Afsar Qajar. I felt my throat tighten. “We took the man to the rack, but he would not speak.”
“I don't understand.”
“It means that someone is watching you.”
“The Bábí!” I cried. “It must be the Bábí. Since those Rosy Hours, I have felt as though someone were watching me—”
“Haven’t you heard, Shahzadi? Your brother exiled the Baha’u’llah months ago. The Bábí can no longer call Iran their home. Their marriages will be annulled, their books will be burned, and any who resist will find themselves in the Síyáh-Chál dungeon at Tehran. You no longer need to fear the insurgence, they have left like lambs.”
I fell speechless for a moment. My brother had triumphed over the infidel, the enemies of Allah, and I had not known of this. I felt a sudden sickness in my heart. I missed Shusha. I missed my schooling. I missed palace life, where everything was known by everybody all of the time. My house in the hills could not have felt more abandoned than it did at that moment.
“If it was not the Bábí, than who?”
“I do not know Shahzadi, but I intend to find out. Meanwhile, you must play your part. From this moment on you must live a life utterly beyond reproach. Do you understand? You must give nobody cause for suspicion or reason to doubt your honour—”
“That is it, though! It was to protect my honour that I killed him.”
“Keep your voice down,” he instructed.
“Hafez was like Ja’far,” I hissed. “That is why he had to die.”
The Darougheh paled.
“He tried to do the things Ja’far wished to do, so I killed him for it.”
“Oh, child,” he said.
“Now do you see?”
“Yes, I see, and I blame myself.”
He turned away for a moment, his hand reaching up to his face, his palm pulling down across his mouth as he turned back to me.
“Here is what we shall do. I will return to Sari to continue my investigations. I will send two eunuch guards to replace the last two, and a maid to help you dress yourself—”
“No maid,” I interrupted. “Şelale is enough.”
“Then you must send her away on no more errands. It does not look well for a young woman to remain unchaperoned in a remote house. It invites trouble.”
I nodded my consent.
“We will crack this mystery once and for all,” he continued. “I will not have your safety threatened, but in return you must do nothing to threaten it yourself. Do I make myself understood?”
“Yes, Darougheh.”
“And, Afsar.”
“Yes?”
“Find a rug for the floor. Those bloodstains will never wash out.”
at 13:58

Email ThisBlogThis!Share to TwitterShare to FacebookShare to Pinterest
Labels: my work, novel idea