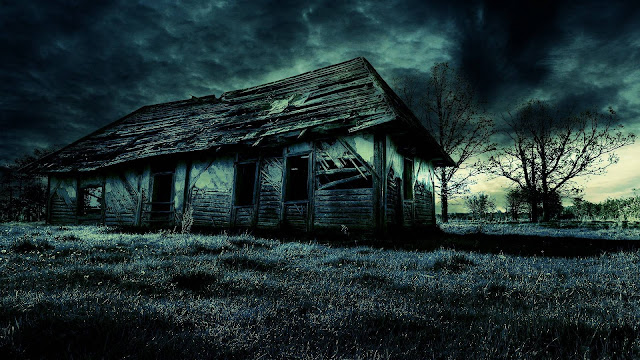 I would like to say halfway, but this novel is proving a minor pain in the proverbials. None of the characters are doing quite what they're supposed to, which I suppose is to be expected in Hookland?

Instead of being a fun 80,000 romp through ghostie town, it looks like it's going to be a longer meander through the haunted forest.

I'm not sure whether I should be worried.

I'm not bothering to include chapters this time round. I've discovered that it's easier just to write the manuscript, then try to pick evenly spaced, natural chapter breaks in the edit. Or, at least, it's a lot less to think about when you don't include chapters. Whether it will be easy to find evenly spaced, natural breaks in the edit, remains to be seen.

I'm enjoying myself, but things have been hampered slightly. David's had some internet issues, and I'm awaiting a neatly wrapped bundle of information on a couple of locations in Hookland that aren't in the Writer's Bible. Starting to understand the problems associated with collaborative works. Still popping in a few [place holders] for scenes I'll have to write in the edit, once all the facts are in. If I can't get those details, I think I'll just have to invent them, being careful not to unbalance the natural order of the county.

It's been tweeted now, so I think it's safe to share. Below is a picture of the first map of Hookland. My story is set in Barrowcross, in the south-west of the county, including a couple of characters from Hook and Ashcourt.

It's been going well this week. Aided by a couple of creepy encounters and one sassy scene - always gets the fingers tapping. I'd like to share some of it, but the manuscript is in such a mess at the moment. I've done no as-you-go editing so far and I'm not in the mood to start. But I will try to have something to show in a week or two.