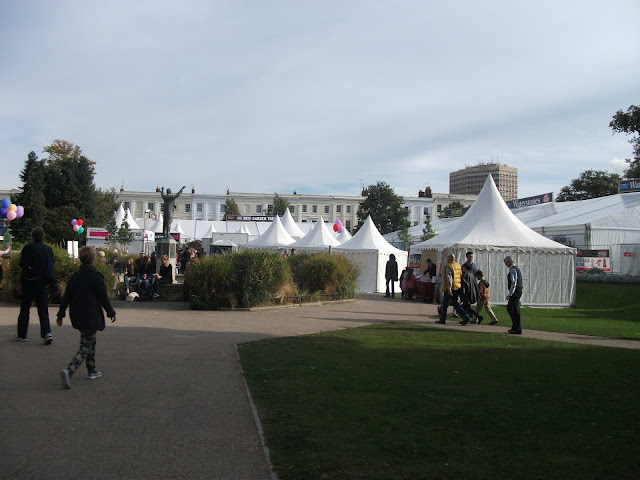 Dashed back from a friend's party in Market Drayton yesterday and straight in to listen to Sir Terry Pratchett, legendary author of the Discworld series and staunch campaigner for euthanasia since being diagnosed with Alzheimer's.

He's just finished (finishing?) a thirteen-part television series, City Watch, based on... well, I'm sure you can guess.

Also the first time that he's relinquished control of writing Discworld to other writers.

He was interviewed by his Personal Assistant, Rob Wilkins, which was nice because they obviously share a very close relationship, working together on a daily basis.

I liked the fact they have a shrine in the office to the goddess Narativia. Apparently you pray to her when the plot's running thin and she blesses you with more words. Could certainly use that at the moment.

There is another Discworld in the writing, but after that he says he'd like to write his autobiography. From snippets about the O.K. Corral and a bus full of drunken fans at border control, it's sure to be entertaining.

Wilkins ended the interview with a touchingly honest question, simply saying 'I know everyone here will wish to know - how are you?'

The answer is, he's doing well. He has tools to help him write, and the disease seems to be progressing more slowly than he had anticipated, which he has mentioned in a recent interview.

Listening to him, he does sound incredibly lucid, and quick with a joke or two, such as stopping Wilkins on the first line of the reading after he said 'interrupt me at any point.'

Wilkins read from Dodger, his latest release, which I have a copy of. Looking forward to it, though he no longer does mass signings due to arthritis. Brought about, I suspect, by people turning up with their entire Discworld collections.

I suppose one noticeable trait was that he did seem easily distracted by anecdotes. Though, never having heard him speak before, it was difficult to tell whether this was part of his condition or just part of him.

Hopefully 'a few more books yet,' as they put it. And great to hear stories of how many people seem to have shunned reading until they picked up a Pratchett. He's certainly responsible for a large proportion of literary converts, although, when asked whether his latest book contained elements of literature, he replied: "Literature? Of course not - it was written by me!"

On a slightly less intellectual note, I picked up my first Pratchett aged eleven. To be honest, it was a little over my head, but I liked the idea of taking a book with a picture of a lady with big boobs on the cover to my teacher's reading class. I'm not too sure whether she was more stunned by the cover art, or by my ability to read it out loud.

A real privilege to have the opportunity to see such a unique individual. Like most, I have loved Discworld for years. Bought the books, wore the T-shirts, played the PC games. Here's to those 'few more' to come. 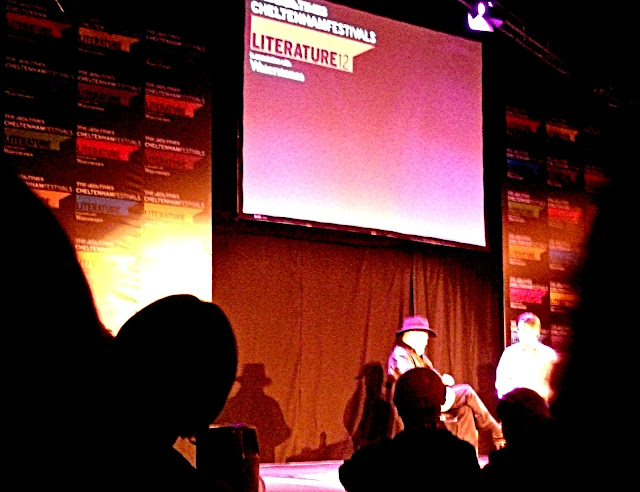