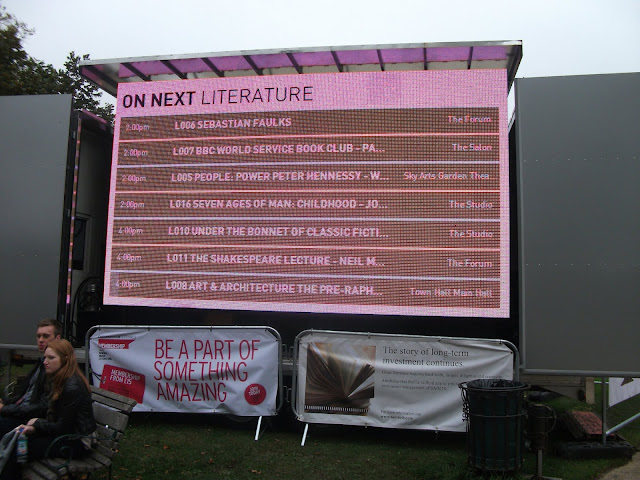 Just invested in a rather expensive coat from Oasis - it's so nice, but somewhat complicated to put on. I've sacrificed practicality at the altar of style, which is a first.

Also bought some fluffy booties with sequins and pompoms. Life doesn't get much better. 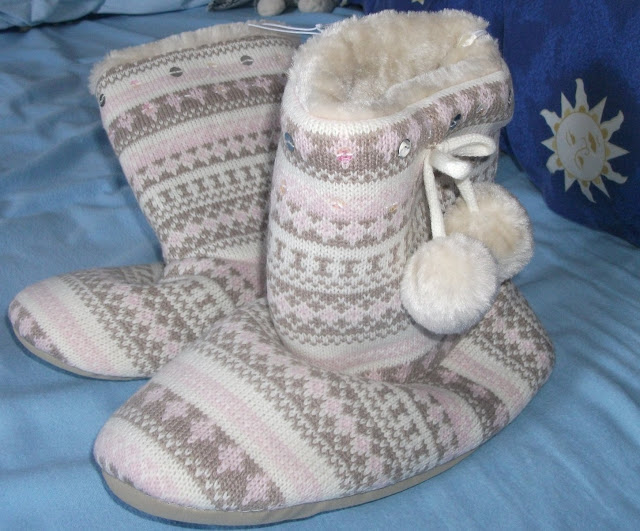 Went for a wander around Cheltenham first. Admired the streets dripping with affluence (what recession?) and the pretty fountain outside what used to be Dad's office. 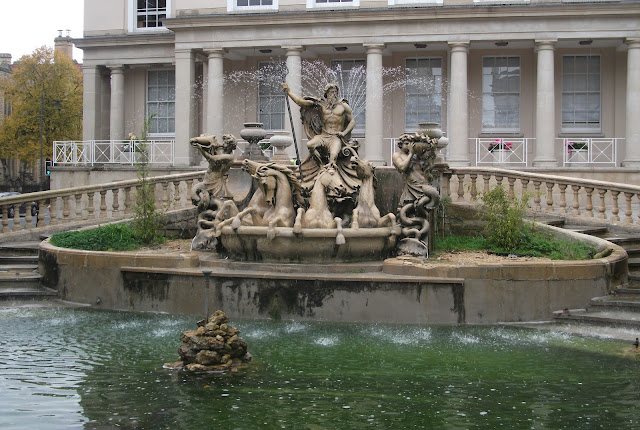 Then enjoyed the street market. 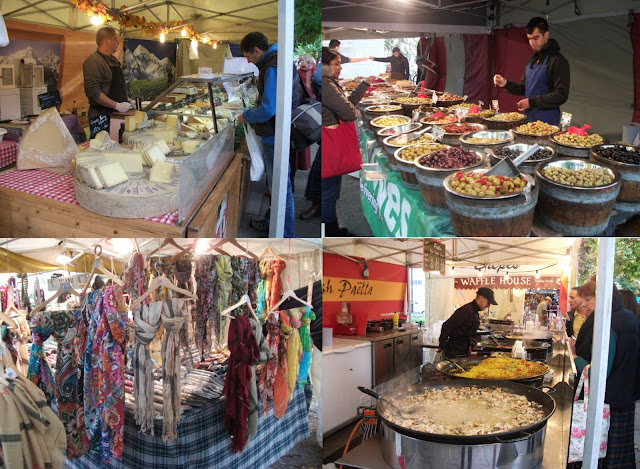 Before standing in a very long queue... 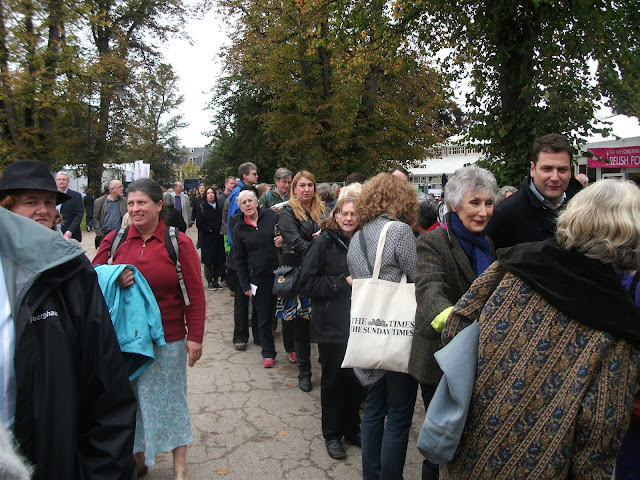 This is the man who wrote the incredible Birdsong. You can find out more about him via his website or Wiki. Which is where I discovered the delightful fact that his brother is a QC with the middle name 'Lawless'! That's even better than William 'Speed Lane' Fox-Pitt.

What I particularly liked about Mr. Faulks was his assertion: "If you find yourself writing the same book twice, it's the beginning of the end."

He's one of a small number of highly successful multi-genre authors. Something close to my heart. It's always uplifting to see authors who can write with versatility and passion about a range of subjects.

He's written over a dozen novels, but only one in first-person. He gave the reason for this as being: "When I start with I, it's always about me."

That was a great line, and something I'm starting to discover myself. I couldn't write Angorichina until I switched to first-person. Since then, I haven't gone back to third. The more I write in first, the harder it is to make it fictional. Once you become aware of that, it's terribly difficult to write anything. I hadn't realised what the problem was until he said that. So that's been very helpful.

When asked whether he writes for himself or for his audience, he replied "I write for my characters," putting forward the idea that there are three people in a novel: the character, the reader and the author, each relating differently to one another. You write for the character, which is what the reader engages with but, as an author, you must not disappoint the reader. There is an expectation that if a reader invests emotionally in a piece, they must receive a satisfying, or climactic, ending.

Somebody asked the obvious question: what did you think of the TV adaptation of Birdsong? I was really impressed by it, but as Stephen King said, it's 'apples and oranges'. Books and films are both good, but for different reasons. Faulks was less impressed by it, mostly because the casting wasn't what he'd imagined. There wasn't enough of an age difference between Stephen and Isabelle (a crucial point), English parts turned Scottish and Scottish English. He agreed it wasn't bad, but not all he'd hoped.

He said that in the future this would probably make him more cautious about signing away rights without being involved in the production and writing side of things. He feels he owes it to his readers to deliver something true to the novel.

He was there to promote his book A Possible Life, but after talking about the chaos of mental illness and personality disorders stacked up in his 2005 novel Human Traces, that's the one we decided to purchase and have signed.

He told a very funny story about taking an online personality disorder test as one of his characters, who turned out to be off the scale. Then sitting it as himself, only to discover - to his wife's amusement - that he was fairly normal, except for narcissistic tendencies. He felt this may be true of most authors.
at 07:20