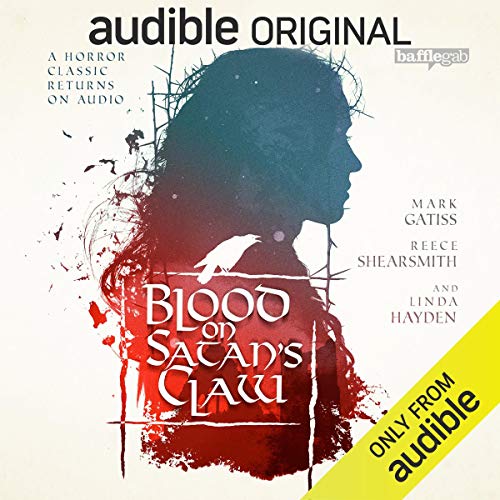 Picked this up as I liked the cover.

Seventeenth-century England, and a plough uncovers a grisly skull in the furrows of a farmer's field. The skull disappears, but its malefic influence begins to work in insidious ways upon the nearby village of Hexbridge. First, the cows stop milking and the fruit turns rotten on the trees. Then, an insolent ungodliness takes hold of the local children, mysterious fur patches appear on limbs and people start disappearing....

Something evil is stirring in the woods. Something that is corrupting the village youth, who retreat to the woodland deeps to play their pernicious games. Hysteria spreads as it becomes clear that the devil has come to Hexbridge, to incarnate himself on earth. Can the villagers, led by the Squire Middleton and Reverend Fallowfield, prevent the devil gaining human form?

Not that much to say about this one.

Apparently, it was originally a British horror film from 1971. Linda Hayden played Angel in the original cast, and also has a part in this version. You can find the full film online here.

As an audio adaptation, it started out well, but kind of ended up as a load of people trudging through the woods screaming. There was a lot of screaming. It kind of took the suspense out of it. What you'd expect a 1970s horror film to sound like if it was an audiobook.