Had an absolutely fabulous time at the Quaker Meeting House in Northampton last Thursday. Invited to talk by Northampton Writing Group, headed my Monica Withrington. Firstly a pleasure to meet other writers, and secondly a pleasure to be local, as I hail from a village just outside Northampton.


Had a bit of fun getting to the venue. I'd never been there before, and I'm not au fait with Northampton's back streets. My GPS managed to land me in a car park in the middle of nowhere. Thankfully I had the phone number of my mate (and author) Morgen Bailey, who is also local. I gave her a bell and she directed me.

I was there to promote Those Rosy Hours at Mazandaran, giving a talk about the world of 1850s Iran, the politics and bloodshed that formed the backdrop for my story. It was a really fabulous night. I plan to put the presentation online at a later date, along with the reading.

We had a really good discussion afterwards. There's a write-up by Morgen on her blog. 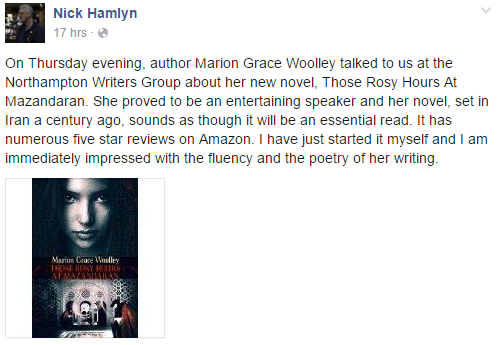 Met a really enthusiastic reader. A lovely guy called Mike, who was so supportive. He spoke of staying up until the early hours to finish reading Rosy Hours, which is something Salomé at Ghostwoods Books can sympathise with. I will admit to being ever so slightly terrified when he purchased my entire backlist. Angorichina, Georg[i]e and Lucid came out some years back, and they are nowhere near as nicely edited or presented as Rosy Hours. The stories are strong, but I was young and reckless.

Had great fun signing books. I was completely unprepared, and once again Morgen saved me by going to the supermarket to get change, and donating her pen, which I shall take to Kendal with me. I've promised to pay her back in wine next week. 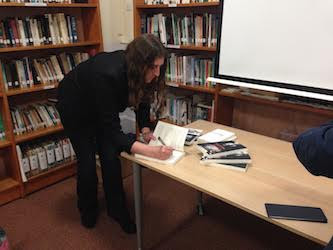 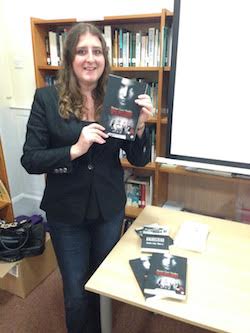