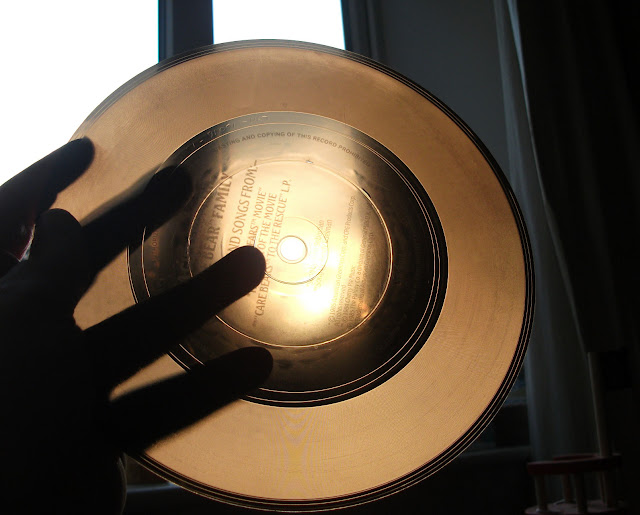 Another blow for British business as recession forces yet more of our High Street giants into administration. Nice article commemorating the death of HMV:

The place where you bought your first CD


This got me thinking. What was the first album or single you went into a shop to buy?

I'd love to say that mine was something super cool, like R.E.M or Nirvana, or chilled like UB40, but, no. I was twelve, it probably was HMV, and it was a tape, not a CD. The song? I was slightly obsessed by Joshua Kadison's Jessie at the time.

I also vividly remember Dad and I being in Virgin Mega Stores (Oxford Street?) and buying our first ever DVD. A whole film - on a CD! Unthinkable. We'd bought our first computer with a DVD player and wanted to see whether it worked. Now, huge kudos to Dad here - he pushed me towards The Crow which was, and remains, one of the greatest cult films ever made.

In tribute, here's a guest post I wrote for Historical Tapestry on Why I Love Scratchy Records.

When you write of the past, it’s easy to look back and draw distinctions, differences, between now and then. What we wore, what we ate, how we spoke... music cuts through all of that, because songs today are largely about the same things songs were about back then: love, loss, romance, jealousy, humour. It reminds us of the shared experience of what it is to be human.