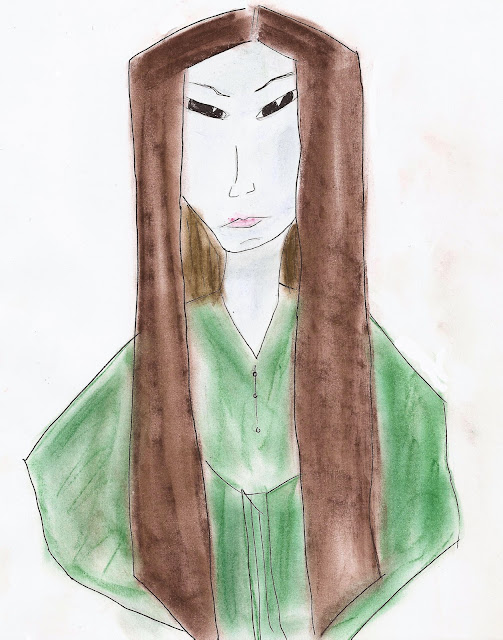 Meet Zieb^Dum, a character that first appeared in a very early novella I wrote, and has since popped up again in my current novel. I'm trying my hand at Fantasy. Just blocking out the story at the moment. It's the first story I've ever written where I have to open not only the .doc but also a glossary and a spreadsheet of characters, places and races!

Have to do a ten minute catch-up before setting to work each time.

Just coming up to the 50k mark - about halfway there.

One thing I like a lot about the genre is its ability to parody our true history and circumstances. Terry Pratchett is master of that, with shopping malls and women's rights thrown into the mix. It's a very flexible medium, easy to apply to comedy, tragedy, romance and speculative fiction.

Sometimes it does take a bit of getting into character. I've attempted to find music to spur me on. Suzanne Vega's Queen and the Soldier has been on repeat for a while. On one occasion, I even elfed-up. Think I need to source some pixie ears from eBay.

Those of you who are writers will already have spotted that what I've actually been doing is distracting myself from writing, under the pretence of helping myself to write. Easily done.

Let's see whether I get any further by this time next week.
at 18:57

Email ThisBlogThis!Share to TwitterShare to FacebookShare to Pinterest
Labels: art, music, my work