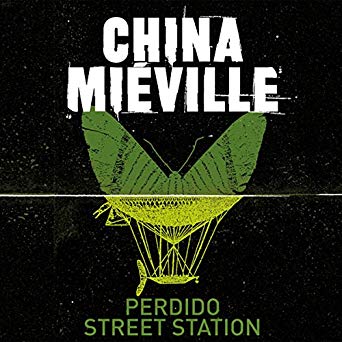 Well, uh... that's interesting. I read a book and joined a political party.

Was a fan of Tea & Jeopardy, where I first heard the name China Miéville. Then was sloshing down sangria the other night and a friend introduced me to a friend who runs a book club here.

That name again. So, I Googled 'where to start,' and continued my love affair with Audible by downloading a copy of Perdido Street Station.

First of all, Jonathan Oliver deserves an award. That was one heck of a narration - thirty-one hours' worth of narration. And he didn't let the energy dip at any point.

I was a bit of a reluctant listener to begin with. My preference is for magical realism - our, recognisable, world with a bit of weird shit happening on the sidelines. I find it creepier that way, when you could really believe something is true.

Also, my mind's a bit lazy nowadays. It can be quite challenging to imagine really out-there new species. Especially when you've grown up on Star Trek NG and CGI movies that do it all for you. And audiobooks make it even more challenging for two reasons:

1. You need to pause the story to give your brain time to catch up with the description.
2. You can't distinguish a homonym.

It was a revelation to find this list of illustrated characters. Unfortunately, I didn't see it until after I'd finished the book, so all the way through I imagined Wiremen as flying coat hangers.


What a difference a Y makes.

It's weird, because, as a kid, I spent hours playing Shufflepuck Café on my uncle's Mac. It was set in this alien bar with different species. I had robot colouring books I loved, and I used to imagine being on space stations and wandering through magical realms surrounded by all sorts of other-worldy beings. It disturbed me how difficult it was to get back into that. Definitely out of practise. But I got there in the end, and there's some incredible beings in this. The Weaver and the Slake Moths are just joy in a bottle.

Then I was surprised at how invested I became in these characters I'd had such trouble imagining at first. Suddenly they were all there, and the story really took off. I was a mad Fighting Fantasy fan, and the prologue to PSS really brought back fond memories of Port Blacksand.

Anyway, I was left smiling. I wasn't expecting quite the level of nuanced cruelty this book served up. You only have to say the name Andrej, really. Bad things happening to people who honestly don't deserve it, and then bad things happening to crooks and monsters who maybe do, but the things that happen to them are so awful, you feel horrible about it.

All culminating in quite a deep and complex moral dilemma.

More than I bargained for. Still thinking about it now, and quite likely to continue with the series at some point in the future. Certainly got some rusty neural pathways back in action.

So, then what happened was, I went to look up China Miéville, because I always like to learn a bit more about authors I've been reading, and through that ended up reading the entirety of Left Unity UK's manifesto. And then joining. My goodness, I thought, think they're missing a trick here on Universal Basic Income, but on the whole, this reads exactly as I'd hoped the Labour one would. Plus they made a post commemorating Rosa Luxembourgh - so, y'know, what you gonna do?

Wasn't really expecting that when I set out to write this review, but hey ho, life is full of surprises. Just a little disappointed I came to it that way and had never heard of them before. 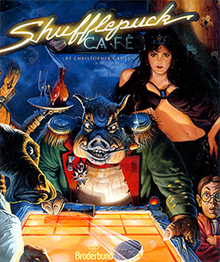