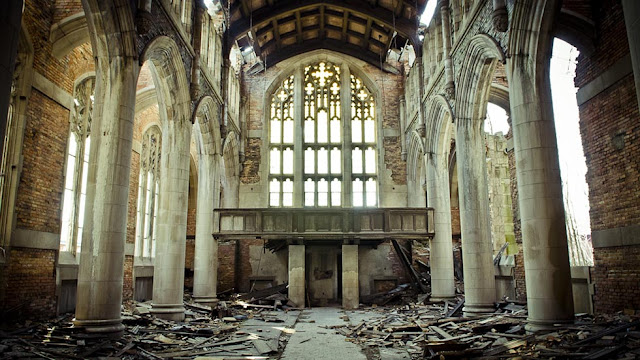 Over the weekend, I cleared out all of my e-mails and worked my way through lots of bitty jobs that were niggling away at me. I decided that Monday would be back-to-work day. I'm starting to recover the use of my injured hand. I've used it to help with doing the dishes, I can pick up a cup, and I can just about type again.

I was dead worried about returning to Creeper's. It's been over two months since the accident and I had well and truly lost the plot. I had to read back through the entire thing last week to remind myself what I was writing.

I woke early today, made coffee, and approached my desk with trepidation. It is terrifying returning to a story after such a long absence. Especially one so well developed. This should have been finished weeks ago, and I was worried I wouldn't be able to begin.

One of my greatest concerns was that, at 70,000 words, I couldn't fathom the ending. The plot was moving forward atmospherically, but slowly, and I needed to speed things up, but I wasn't sure how.

Then it came to me.

In the immortal words of Simon Pegg, all I needed to do was skip to the end.

Literally, just cut out five months and split the story into Part I and Part II.

It's a risky strategy. I would have preferred to use a montage if this had been film, but it's done now, and I think it might just have worked.

In fact, I'd like to outline my creative process using a series of Spaced gifs:

Anyway, I'm in shock because - mostly one-handed - I've just completed 2,500 words. It wasn't as difficult as I was expecting. The first 500 words, annoyingly, made up for the count reduction from the edit. So, I crossed the 70,000 word threshold for a second time. But I'm hoping I can keep this up and resume my 10k a week quota. I reckon another 40,000 and this novel's dusted.