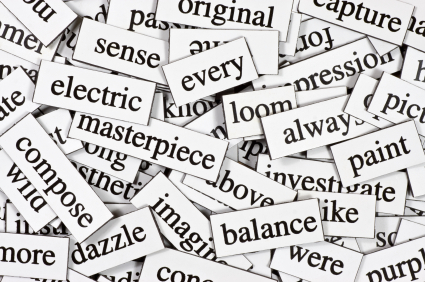 When I accidentally broke Verdy, my old Kindle, I felt as though I'd lost a limb. I live in fear of being stuck somewhere without something good to read. So I bought myself a Kindle Paperwhite.

I really just wanted another Verdy, as I tend to read with a night light, so I didn't think the back-lighting would be much of an advantage, and I really loved the buttons on Verdy. Fine, so I don't have pages any more, but buttons at least left a semblance of tactility. Plus, the touch screen on Paperwhites ain't all that, especially when you read in smaller print - it's not so accurate.

Thankfully, Verdy was fixed, so I now have two Kindles. But I find that I've stuck with the Paperwhite for a couple of reasons.

The first, is that it allows me to easily highlight sections of the text and store them as notes. This makes reviewing the book afterwards much easier.

The second major pull has been the Vocabulary Builder. If you tap on a word, it'll tell you what that word means, and even Wiki it for you if you're connected to the internet. It also stores the word so that you can refer back to it at a later date, and even provides flash cards so that you can test your memory of new words.

That is rather groovy.

Some of the words I've recently added:

Terrazzo: Flooring material consisting of chips of marble or granite set in concrete

Contemn: Treat or regard with contempt

Dandle: Move (a young child) up and down in a playful or affectionate way

Torpor: A state of physical or mental inactivity

Arras: A wall hanging made of a rich tapestry fabric, typically used to conceal an alcove

I believe I may have mastered them:

As I dandled the chintz-wrapped toddler upon my lap, I gazed up at the duiker embroidered on the opposing arras. It was caught in a pose as though escaping from the hunt. Its indefatigable hind legs pounding the earth with all the effort of one intent on living.

Obdurate in my quixotic belief that truth is, indeed, within the wine, I called over my coeval sommelier to bring another carafe. Far from being a sedulous man, he seemed to languish in ever-intolerable torpor. So much so that I had to call thrice before he would respond.

As he stumbled across the terrazzo towards me, I felt it my duty to contemn this perfidious wretch. In repine I snapped "More wine! Quick, before I am sober."