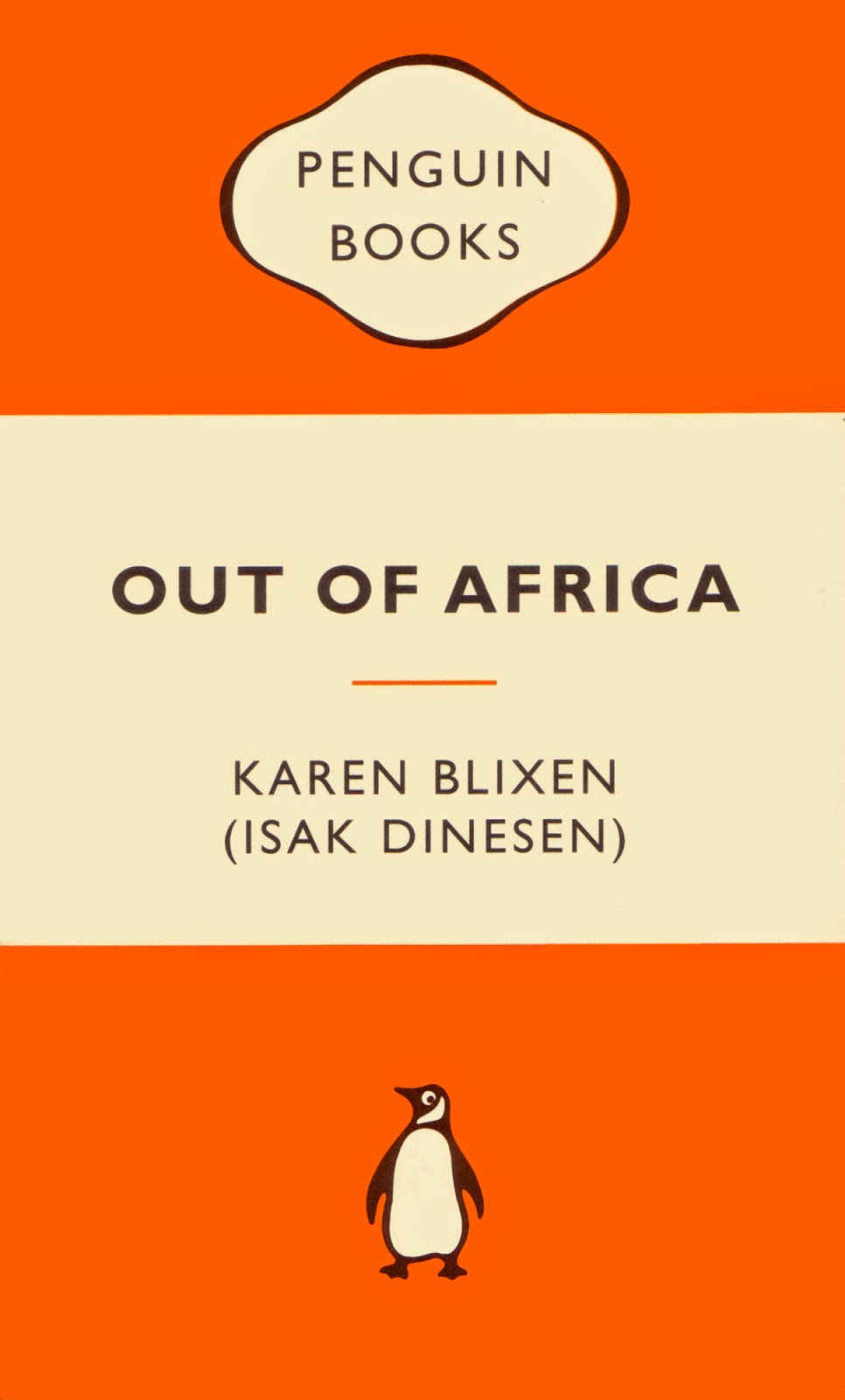 A while ago I was in Nairobi and a friend drove me through Karen.

"Those are the Ngong Hills," she told me. "Don't you know, from Karen Blixen?" and she quoted the first line of Out of Africa.

After I left, I thought I should look into this, and picked up a copy of Blixen's short story Babette's Feast. I enjoyed it, so decided to continue on to Out of Africa. I was hesitant. I really knew nothing about it, though I've heard it talked of, mostly by film buffs, in the past. I absolutely hated Heart of Darkness, and suppose that's where my reserve stems for colonial-era Western literature.

I'm so glad I put aside my prejudice. Yes, it was of a different era, and reference to the noble savage made me wince now and then, plus I was astounded there were any animals left in Africa after she'd shot them all, but my gods, what a writer!

I didn't get the full sense of it with Babette's Feast, because it was so short, but her narrative blew me away. Beautifully written, with such fine intertwining of truth and myth.

Haven't read something as sad as The Grave in the Hills for a long time. When she first mentioned Denys Finch Hatton and his flying machine, the part of my brain which deals in literary plots instinctively knew that they were in love, and that it would crash. I put down the Kindle and looked up her life on Wikipedia for confirmation.

I was in tears from that chapter until the end.

There is a quote by Jorge Luis Borges:

When writers die, they become books, which is, after all, not too bad an incarnation.

I feel this most clearly when reading Diana Wynne Jones, as her voice is so alive. I feel it again with Out of Africa, but what astounds me is that her words have provided not just immortality for herself, but for all those that she knew. People no one else would ever have written about. Names living on forever between the pages of a Penguin Classic.

There were some incredible moments of humour, of human connection, and startling sorrow amongst her prose. I really wasn't expecting to be so affected. Perhaps it's reading her in Africa that struck a chord, and having left Africa once before, crying all the way back to the UK across the English Channel. Perhaps it's just that it is extremely well written and remarkably touching.

One day, I'm sure I'll get around to her Gothic collection. For now, I've just downloaded Crome Yellow, a book by Aldous Huxley, which she mentioned having loved. I have a lot on my TBR pile at the moment, so it may be a while before I get to it, but I'm not quite ready to let go of Baroness Blixen just yet. I'd like to know her better through the things she loved to read.
at 18:24