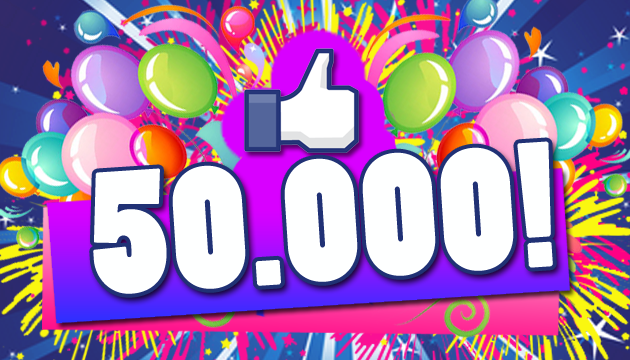 I'm only a couple off, though.

No, this is something else entirely. You remember the post I made back in December about that Pagan Writers page I accidentally inherited? It went a bit viral and we took it from 14,000 likes to 45,000 likes in the space of two months.

Then the Facebook bubble burst, and things slowed down considerably. Something appears to be mucked up with the view counter, too. We used to average 1,500-3,500 views per post but we're lucky if we hit 300 at the moment. Text-only posts seem to generate the most views.

We know it's broken because sometimes it tells us that absolutely nobody has seen a post... yet three people have liked it. It's hard to like something you can't see.

Anyway, mysteries of Facebook aside, we've just sailed past the 50,000 mark.

That's fairly incredible, and rather groovy for the team of lovely volunteers I took on to help run everything.

We've also added some other bits and bobs. We're in the process of getting Twitter (@PaganWriting) rolling, plus there's now a book review blog, an author spotlight blog, and a blog blog.

It's been a lot of fun so far and I'm quite excited to see where we can take it. It's also a privilege to be able to help other people to get their work out there and noticed.
at 13:39