I think it was an interview with Ken Follett who said that, whilst writing, he would pin his character notes to the wall along with pictures from magazines to help him visualise them.

Pictures are powerful, there's no denying.

I first discovered this whilst writing Angorichina, which was set in a tuberculosis sanatorium in 1930s South Australia. The idea for the story came to me whilst on an overnight stop there, travelling down through the Red Centre from Alice Springs to Adelaide. The place is now a backpacker's hostel in the Flinders Ranges.

The sense of history was tangible. It was an easy book to write because the characters wanted to be written. They put themselves on the page fairly enthusiastically. However, there is a big gap between reading about the history of a place and actually being able to see it.

In an incredible stroke of luck, the State Library of South Australia had put a huge collection of pictures online, including a large number from 1930s Angorichina. I found these quite early on in my research and would refer back to them whenever I hit a rut. It really brought the place, and its place in time, alive for me, and eerily contained one picture in which I've always felt I could see all four of my main characters: Sean, Joe, Heath and Charlotte. 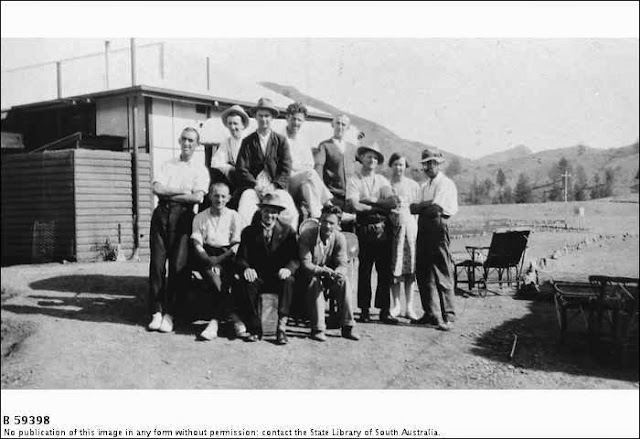 The collection was hugely influential. If you ever care to look for it, you will also see the wog house, the fancy dress party, Sam's summer house, 'our home of happiness,' and Philip the bull. Not to mention this wonderful picture which became the cover photo and which prompted an e-mail chase around the continent to find the model of the car. It is apparently a Chevrolet Superior. 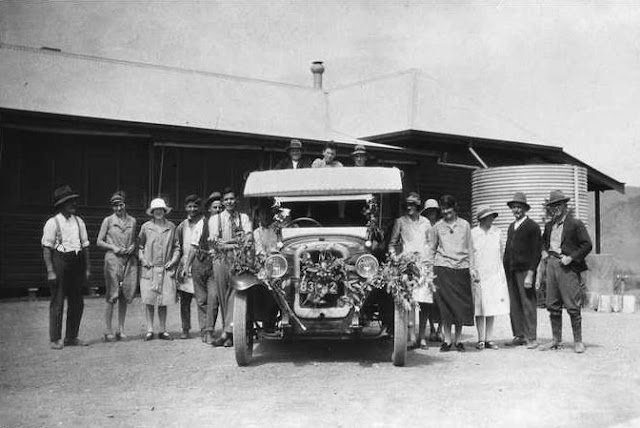 Perhaps one of the most influential photos of all was a snap someone thought to take of the graffiti on the wall of Cornell... 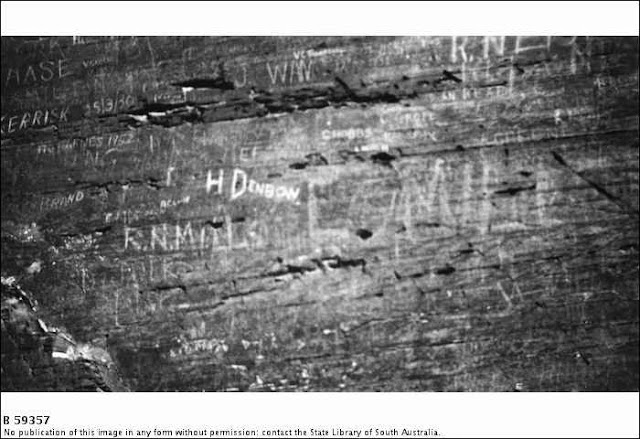 Sometimes it's the little things that set the imagination aflicker.

Everyone liked Heath, he was a good-looker, a young lad of around twenty-three with slick black hair and a square jaw. He was only a farmer’s son but even so he’d learned to read music and his clothes were always well chosen. He didn’t say much, but when he did it was worth listening.


There are some things that could never have been written if I hadn't been able to see them. Try dreaming this delightful piece of apparatus up!


The box contained a round silver cylinder with a pressure gauge attached like a pocket watch. The two were connected by a length of thick rubber hose which continued into a coil on the inside of the front panel. Also on the inside panel were a number of steel tubes, each a couple of inches long. An involuntary shudder ran through me when I saw them. Heath took my hand and squeezed reassuringly. I turned my head to look at the ceiling instead.

This is really a post dedicated to the importance of the visual world - of photo archives and Google Image - to the business of writing stories. Even if you can't see something first-hand, you can usually find a picture.

The photo at the very top of this post is of a young Iranian lady during the period of the Qajar dynasty. I have been looking for photographs of national dress for quite some time and only just discovered this site on Sunday.

As with the group photograph of Angorichina, I knew instantly that I had found my main character. The moment I saw her, I knew that it was Afsar. There could not be a more perfect representation, right down to the pout.

Funny to think that a photograph taken right at the very dawn of photography can still seem so relevant and alive today. I wonder what the original model would make of the story I have written for her.

Quite often when writing, serendipitous things occur. It's as thought in conjuring stories you attract the attention of some cosmic sentience which wants to come and play. Part of my research for Blood Rose led me to the topic of Zoroastrianism, something which I find deeply engrossing as one of the most tangible origins of both mysticism and organised religion. It's endlessly fascinating.

Yesterday, in a completely non-writing-related capacity, I received an e-mail from the Zoroastrians themselves, asking for help in completing a project they are trying to establish.

I'm not sure where that will lead, possibly nowhere, but it does leave you with the sense that the universe has given you a friendly nudge.
at 13:59