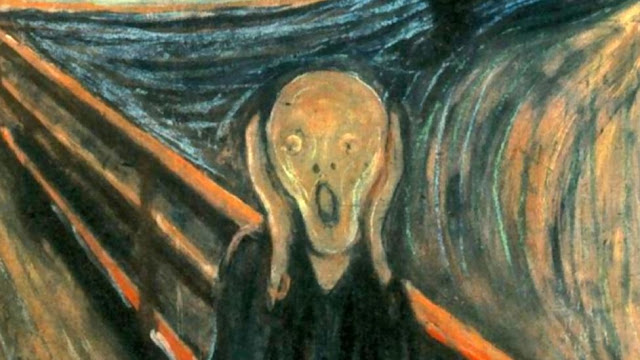 Feeling a bit down at the moment. Just started the edit on Akkad, and it's a complete train wreck. This is a new experience for me as my first drafts are usually pretty strong. But this one strongly sucks. The reason for this is that it isn't the story I initially set out to tell. It was only supposed to be a short prologue to the other character - and that's how it reads. It feels like a sideshow rather than the main event.

I knew it was going to need some fixing, but I didn't realise quite how much. If I'm going to pull it out of the bottom drawer, it'll need some serious rewrites and an ambiance injection. The characters feel a bit cartoonish, the dialogue wobbles wildly between formal and cazh, and it's just lacking that weight that good historical fiction carries. That sense of gravitas. Which, for a guy like Sargon, is non-negotiable.

I spent much of yesterday panicking and trying to set fire to my laptop. I think the 'end' key is entirely melted to the motherboard now. This morning, I took a few deep breaths, told myself to woman up, and took another look. Initially, I hated it so bad I wanted to completely start over. I'm still considering it, but I'm going to have a go at fixing it first. I've started resculpting the first couple of pages and I think there's a glimmer of hope in there. I just need to deepen the tone. A bit like painting, I've done the blocking in, now to bring the colour and fine detail.

The other thing I need to do is really get my head into that timeframe. Again, because I thought it was just going to be a prologue to this other character, my mind had raced ahead a bit and was preparing to dive into another story. I need to rewind and become fully present in these opening pages.

I found this really nice talk by historical fiction authors Steven Saylor and Steven Pressfield. I really liked it, and listening to authors talk about their process makes me feel more relaxed. I could identify with what they were saying and I've bought a couple of their books to look at their openers. I'm revisiting a few of my favourite historical fiction books to study their openers. Although I've been writing historical fiction, I've been reading a lot more contemporary work recently, so it really helps to immerse myself in the genre I'm aiming for. There are so many styles in historical fiction, but there's also a sort of undercurrent that unites them all. I need to grab hold of that.

Meanwhile, I have a couple of other infant ideas on the go, so I'm going to play about with those in between editing meltdowns. It'll be nice to have other projects to work on so that I don't become too blinkered and obsessive. It helps to put this one project in the context of a much broader creative process.