Thanks to Netflix, I finally got to see the final series of The Good Place last night. Like most people, I was crawling on the floor by the end. Kudos to a series that knows when to end, and went out in incredible style. That really was quite a ride.

There's been a few series lately that have appeared deceptively funny then turned out to be forking profound. My top three have been: 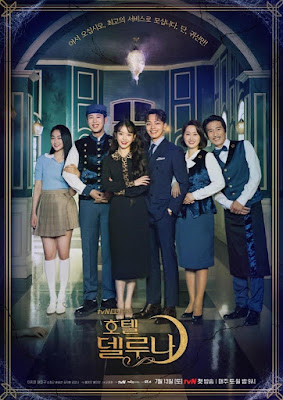 This is similar to The Good Place, in that there are moments of extreme silliness and it's deceptively comical at times. However, it's much darker and the episodes, at around an hour and a half, are much longer.

It's all about a hotel where souls go when they die, to recover from life before heading on to reincarnation. It's run by a woman who cannot die because she's got a few issues to work through before she can let go of her former life.

As with TGP, you really get to know and care about the characters, which leads up to a hell of a finale. Make sure you have a cupboard full of tissues and a generous quantity of gin. 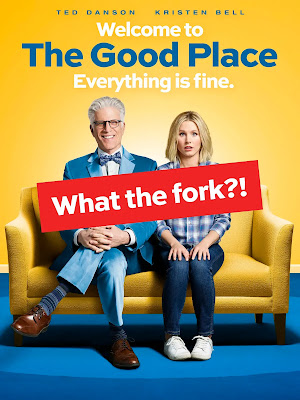 Just brilliant. A very silly, very light-hearted look at mortality and morality in short, bite-sized episodes. Extremely easy to binge watch. Having said that, it poses some great philosophical dilemmas and leads up to a final series that is both heartbreaking and wonderfully fulfilling. As someone online put it, 'one of the most wholesome series out there.'

It's about a group of people who wake up dead in the afterlife and think they're in heaven, or 'the good place.' But that's not entirely true, and they have some entertaining adventures working that out.

It's easy to dismiss it at first because it is so glossy and upbeat, but that's how it pulls you in. It's best to watch it in one go. I found, with long gaps between releases, that it was hard to remember what had happened in the previous season by the time the next one came out.

As mentioned above, it had a really satisfying ending. It didn't do a Dexter or anything silly like that. Which is my only criticism with Hotel Del Luna, which also had an excellent finale, but then couldn't resist adding a little teaser trailer on the end for a potential next series that, thankfully, hasn't materialised. When a series is so good, you should leave it there. Immortalise it - which is a funny thing to say about a series dealing entirely with mortality.

TGP did a great job all round. We love you Disco Janet! 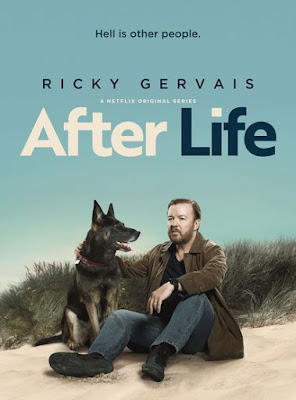 This one is a slightly different fish to the other two, in that it's written and acted by a comedian, Ricky Gervais, but isn't all that funny. Or, rather, it's funny in a British way, which is my native humour, so I appreciate it, but I can see how it might come across as a bit bleak to other cultures. It's more of a serious drama with moments of comedy, rather than the other way around.

Still, it's absolutely excellent. Again, dealing with death and morality. Whereas Hotel Del Luna is about reincarnation, and The Good Place is a bit more Judeo-Christian in its outlook, in terms of heaven and hell, this one is from the atheist perspective.

It's about a guy who's just lost the love of his life to cancer, and how he copes (or doesn't) with life after her death. It's very well done. It's the calm to TGP's crazy.

So, there you go. My top picks on the theme of life, death and in between.