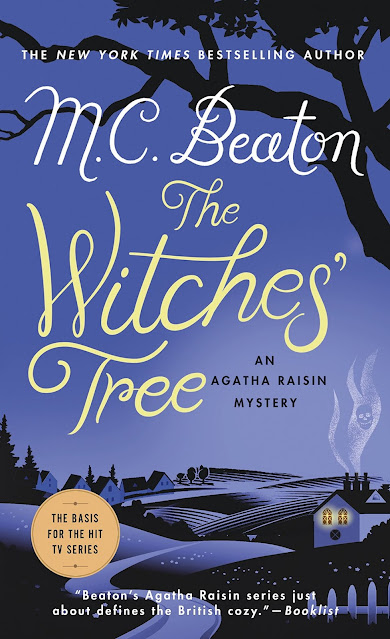 Picked this up because I loved the cover and it's set in the Cotswolds, which is an area of Britain I know well:

Cotswolds inhabitants are used to inclement weather, but the night sky is especially foggy as Rory and Molly Devere, the new vicar and his wife, drive slowly home from a dinner party in their village of Sumpton Harcourt. They strain to see the road ahead―and then suddenly brake, screeching to a halt. Right in front of them, aglow in the headlights, a body hangs from a gnarled tree at the edge of town. Margaret Darby, an elderly spinster, has been murdered―and the villagers are bewildered as to who would commit such a crime.

Agatha Raisin rises to the occasion (a little glad for the excitement, to tell the truth, after a long run of lost cats and divorces on the books). But Sumpton Harcourt is a small and private village, she finds―a place that poses more questions than answers. And when two more murders follow the first, Agatha begins to fear for her reputation―and even her life. That the village has its own coven of witches certainly doesn't make her feel any better...

This one really confused me. Once again, I've dived into the middle of a series (book 28 of 31) without having read the previous, so some confusion is bound to exist. Though, whereas I was expecting a solid murder mystery novel, about ninety per cent of the book was solely concerned with whether or not the main character, Agatha Raisin, was going to get laid or not.

There was a brief paragraph or two at the beginning where a couple of people got hanged, then one partway through where somebody drowned, a couple of lines about a rape - and the rest was exceedingly softcore romance.

I think the bit that maybe confused me the most was where two female characters were knocked out with a date rape drug and woke up naked and tied to a tree. The absolute highest concern either of them had was whether or not pictures of them naked would appear in the paper. Which, unbelievably, they did.

I get it. It's very much written in a similar style to A House of Ghosts, in that it highly stylises upper-middle class England. A section of society that is more likely to say 'Oh dear, that is a shame,' when somebody gets stabbed to death in front of them than to scream.

As I mentioned in my House of Ghosts review, the problem you face is that characters then become walking balls of received pronunciation without much that the reader can relate to. I also come from a small village, and I know people like that do exist, but that doesn't in itself make them interesting people. If all they are is a caricature of well-spoken Britishness, that doesn't really take you very far.

I sort of imagined the tree to look a bit like the Clachan Oak in Scotland, which they used to tie scolds to whilst their husbands drank in the pub opposite. Some better pictures on Google. 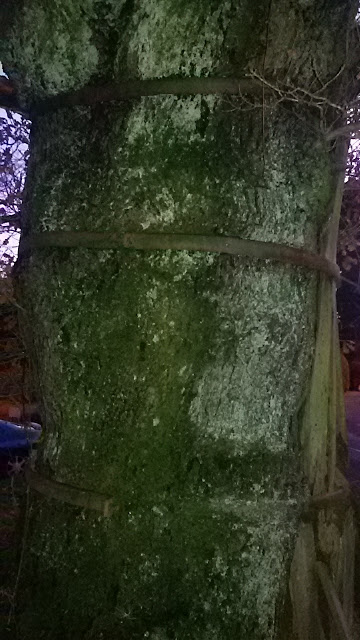 It looks suitably menacing. Though, there is a particular type of menace that goes along with quaint English villages, as anyone who ever played Personal Nightmare will know. They're invariably possessed by the devil, run by witches and kept in line by priests who can rotate their heads 360 degrees. It's a thing, and a very real threat to tourism. I just wish there'd been a bit more about that in the book rather than how dreadfully hard it is for a fifty-year-old detective to keep her false eyelashes glued on.