A House of Ghosts 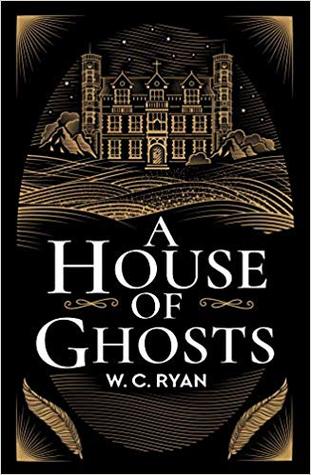 Had a little read of this.
My friends Paul and Jeremy decided to open the Levenshulme Little Free Library outside their house during COVID, so that people had something to read whilst confined to quarters. I was browsing through the pictures and examining this clearance box. The one on the bottom caught my attention. 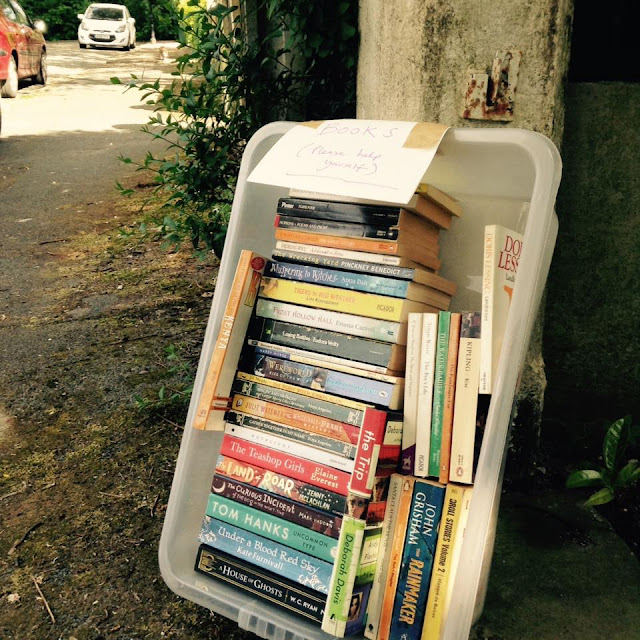 So I picked up a copy because it gave me a sense of being there, and I probably would have taken it had geography allowed.

Winter 1917. As the First World War enters its most brutal phase, back home in England, everyone is seeking answers to the darkness that has seeped into their lives.

At Blackwater Abbey, on an island off the Devon coast, Lord Highmount has arranged a spiritualist gathering to contact his two sons who were lost in the conflict. But as his guests begin to arrive, it gradually becomes clear that each has something they would rather keep hidden. Then, when a storm descends on the island, the guests will find themselves trapped. Soon one of their number will die.

For Blackwater Abbey is haunted in more ways than one...

It wasn't entirely my cup of tea. Someone recently asked in a writing forum whether there is a genre you don't enjoy reading. I didn't think I had one, because I read quite widely, but I've come to realise I'm not a big fan of the Victorian era or the two world wars. Although, there's always exceptions - I loved The Ruby in the Smoke series and Birdsong.

This one is set at the end of the First World War, and it's very much of that era. I had to check a couple of times that it really was published in 2018, because it's so convincingly written. A game of Cluedo in 296 pages. Growing up, there were whole shelves of battered old leather-bound mystery collections in people's houses. I could imagine pulling one down and it being this story.

My problem with that genre is that all of the characters are so stiff and formal that you never really warm to any of them. There's a lot of polite greetings, carefully concealed animosity and eccentric behaviour, but not a huge amount of action. There's a reason Poirot gets reduced down to one-hour episodes. However, in terms of matching the period, it was perfect pastiche.

Some of the characters also had the ability to see ghosts, but it was very matter-of-fact rather than spooky. From the title, I was hoping for paranormal suspense. I've watched The Haunting of Hill House and Bly Manor on Netflix, and was hoping for something in the vein of James Herbert's Haunted, but it wasn't that kind of setup.

The final issue I faced is quite an age-specific one. The main character was called Donovan. If you're my age and you're British, the only Donovan you've ever heard of is Jason Donovan, who you grew up watching every day on Neighbours. So, every time the character's name came up, that's who I thought of. Especially For You became the backing track.

It certainly wasn't a bad novel, it just wasn't gripping - for me. And, as I've said before, books are highly subjective. One person's 'wow' is another person's 'meh,' and that's part of the joy of reading: discovering what you like. I just can't help thinking there's a reason people don't write books like that anymore. Then again, it's getting rave reviews on Amazon, so perhaps I'm out of step with the times.

It's always worth taking a chance on a book, though. I loved the cover of this one and the title stood out among all the others. You discover something about yourself with every spine you crack.