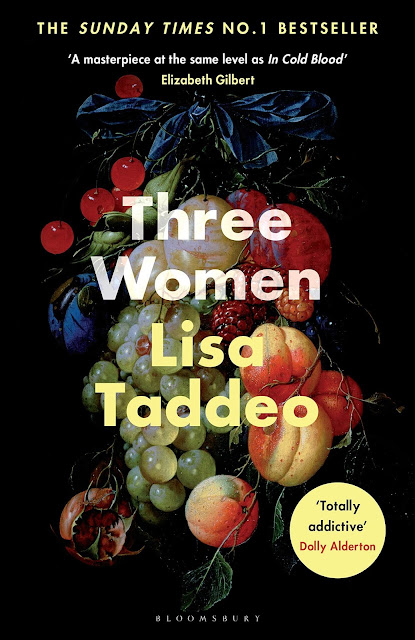 I have no idea how I ended up with this one. I think it was in a sale and I thought the blurb sounded interesting:

All Lina wanted was to be desired. How did she end up in a marriage with two children and a husband who wouldn't touch her?

All Maggie wanted was to be understood. How did she end up in a relationship with her teacher and then in court, a hated pariah in her small town?

All Sloane wanted was to be admired. How did she end up a sexual object of men, including her husband, who liked to watch her have sex with other men and women?

Very engrossing book, examining sex and desire from the female perspective. There was quite a bit relatable about all of the participants that Taddeo included.

There's an interview about it here:

For her debut book, Three Women, Lisa Taddeo listened to her subjects’ stories over a period of eight years. She recorded their histories of sex, love, loss, abuse. The book’s brilliance is in making new the very oldest universal experiences: falling in love for the first time, mourning the end of a marriage, how wanting the one you can’t have will almost kill you. Three Women is a reminder, or perhaps a warning: desire is a thing you can question, deny, chase—but rarely catch.

It's a good book. As it says in the interview, men's passion often ends with orgasm, whilst that's the starting point for most women:

With many men, after sex, you find an utterly different person. Like mere milliseconds after an orgasm. Even if they are in love. Whereas for a woman, especially in the earlier stages of a relationship, that moment after the orgasm is when something often switches on. Even if prior she didn’t like the man as much as he liked her. It’s not lust but that deeper need, that holier want.

It allows women to connect through shared experience and men to understand the physical and psychological side of relationships through women's eyes.

From a writer's perspective, I think it did what writing was born to do - give voice to those who have not been heard. Especially in Maggie's case. She goes up against her teacher in court and it doesn't go well. It could have ended there, with people in her small town deciding how her story ends, but this book brings that story to the world, and in so doing, makes it a more positive, impactful dialogue with no final chapter.

There were a few comedy moments. I like to listen to audiobooks in the shower, and my bathroom window is very close to my neighbour's house. Some of the scenes are pretty blue, and I scrambled across the bathroom, covered in suds, to turn the volume down. Then I thought, 'huh, why should women put their desire on mute?' and turned it back up again.

Almost broke my neck on the wet tiles.