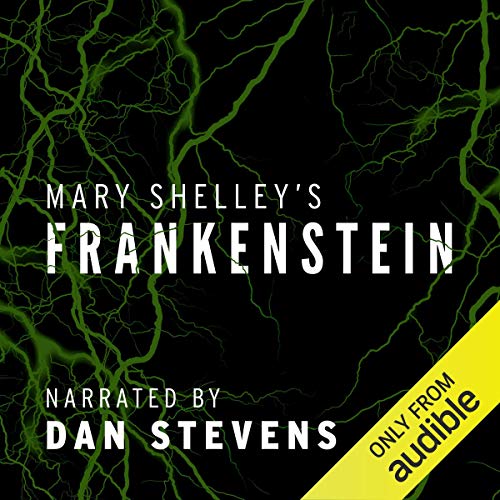 After Bertrand Russell's inclusion of Mary Shelley's Frankenstein in A History of Western Philosophy, I decided to pick up a copy. It's one of those classics I'm familiar with but have never read:

Narrator Dan Stevens (Downton Abbey) presents an uncanny performance of Mary Shelley's timeless gothic novel, an epic battle between man and monster at its greatest literary pitch. In trying to create life, the young student Victor Frankenstein unleashes forces beyond his control, setting into motion a long and tragic chain of events that brings Victor to the very brink of madness. How he tries to destroy his creation, as it destroys everything Victor loves, is a powerful story of love, friendship, scientific hubris, and horror.

It was very well narrated by Dan Stevens of Downton Abbey and Beauty and the Beast fame, and I couldn't help imagining young Victor as Harry Treadway and the monster as Rory Kinnear from their roles in Penny Dreadful.

When I was in college, I was a big fan of romantic poetry. I read a lot of Byron and Shelley, and in parts, especially early on in the book, thought I heard his influence, though none can say for certain. I saw their portraits once at the National Portrait Gallery in London.


It was one of those novels that made me realise the passage of time and how my tastes have changed. I loved, and still do, the drama and imagery of Shelley's The Cloud, and Byron's Incantation and Darkness, but over the course of an entire novel, the 'woe is me,' gets a little harder to embrace. Really difficult moral dilemma - does mistreatment forgive the course of one's conscious actions - but I think we're just used to reading it in subtler forms nowadays, or perhaps more realistic. Not to say someone like Stuart was akin to a monster, but it's an example of the same dilemma played in modern times. It's how we frame the problem of cause and effect in a contemporary setting.

I'm glad I read it, though I feel, as with many classics, the idea has overtaken the original work. Elements such as the morality of providing the monster with a bride, which have since played out in Bride of Frankenstein and Penny Dreadful. Like most good Gothic novels, there's usually an untold story within a story lurking somewhere within the shadows.

It was true to genre and I enjoyed it, though, as with Lady Chatterley's Lover, I think it's difficult to fully appreciate how shocking the book was in its day.
at 18:25