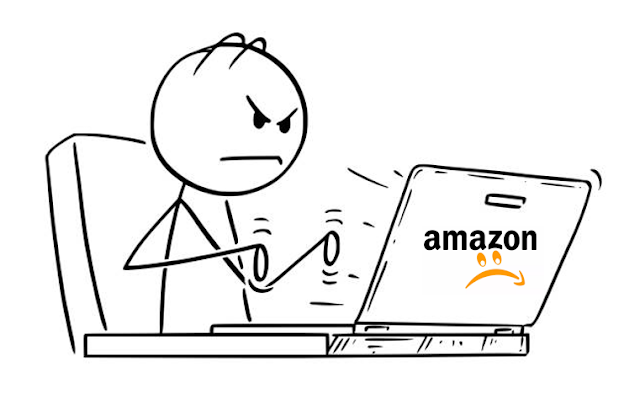 My last post was a bit of a gripe about the difficulty KDP authors face getting hold of Amazon.

Here's why I was trying to get hold of them - it's quite bizarre.

Any author, whatever they're publishing, knows the importance of launch day. Whether trad or self-published, it's the day you spend months leading up to. You advertise the date everywhere. You organise your blog tours and promotion around it. You set up your giveaways to go live at midnight.

Launch day is fundamental to, well, launching your book.

Which is why it's utterly unbelievable that Amazon doesn't let you set one!

You can set your launch date for a Kindle e-book, and even set up pre-sales so that people can order your book and receive it the moment it's released. But you can't do it for a paperback.

What's worse, is that you have absolutely no control over the exact release date of your book. When you hit publish, you're met with a message saying it can take up to 72 hours for your book to go live.

That means it could come out the day before launch date or even the day after. There's no way to synchronise it with your Kindle copy, and no way to set up pre-order.

Why is pre-order important?

Well, book bestseller rankings aren't based on how many books you've ever sold. They're based on how quickly your book is selling. Sell 200 copies over a year and you won't make a dent in the listing. Sell them in an hour and you'll zoom up the charts. Any pre-orders count as a sale on launch day, giving your book a much-needed bump up the rankings.

A paperback takes far more effort to produce than an e-copy. E-formatting is really simple, text layout on a print copy is not. Yet there's no benefit to creating a paperback with Amazon. Doesn't count towards launch day sales, can't even set the launch day.

KDP is a total mess for print books. If I'd known all of this a few months ago, I'd never have published through them. They really don't appreciate how long it takes to write a novel or the work that goes in to preparing for launch.

When I contacted them about this problem, they replied saying they'd enabled phone support for me because it was a 'unique issue'. It's not a unique issue. Authors all over the place are pissed off with Amazon for messing up their launch promotions. Here's a few comments from writing groups I'm in:

Signe: You can't [control the release date]. It was slightly easier to control with CreateSpace, but KDP is a mess. My clients have had numerous issues.

Juliet: I've heard horror stories about this and lots of promotional work being ruined, because Amazon doesn't give a crap. I will never publish through them, not when there are far more reputable POD publishers like IngramSpark and BookLocker.com, Inc. out there...

When I spoke to Amazon, they told me they understood the problem and that other authors had reported it too, but they couldn't do anything about it. Maybe in the future.

Well, maybe in the future I'll publish through them again, but for now I'm exploring other options.


UPDATE:  A friend in publishing just told me this:

Hi. I just saw your post about Amazon not allowing you to set up preorders for paperbacks. There is actually a way, but they won't tell you that. You have to set yourself up as a seller on Amazon and list the book as one of your items. Then you can do preorders. BUT just be aware that if you set it up for preorder and no one buys it, you doom your rankings. So it's not worth putting it up for preorder unless you've done a lot of promotion ahead of when you set it to preorderable. The algorithm does some weird math and a low sales rank will stop people from seeing the book in the ways that Amazon is actually good at promoting things.


I won't be doing it as I believe pre-order is a right for all authors - and that's a sucky system - but interesting to know.
at 09:45