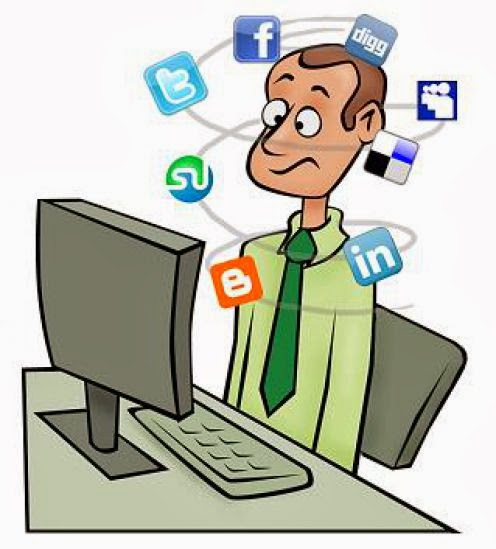 Oooh, I'm a little bit worn out at the moment. Too many projects on the go, too many decisions to make, too much on my plate.

Wouldn't have it any other way.

Still, amidst this chaos must come some form of order.

I mentioned a few posts ago that I was helping out with an organisation in Africa called Kivu Writers. They're just tops, and I'm thoroughly enjoying myself. But Social Media is a bit of a sticking point, not just in Africa (where most of the time the speed of internet is set to 'Valium'), but also in the UK, where we've just got far too many options to make sense of it all.

Now, imagine I had an alter ego with a day job. One that I might not mention too often on account of the fact people like writers who have travelled, but not so many people like professionals who also write. It's as though you can be logical or creative, but not both; as though creativity is a threat to logic, or as though one might not be able to draw the line between the two, and thus find themselves unable to function in an appropriate reality.

I assure you, I am capable of both.

More than that, I think I need both.

Anyway, my other half (of me) recently made a post to charity clients about Which social media to choose? I thought I'd mention this because, as authors, we're constantly having to put ourselves out there. Whereas most of us would be more than happy to hide away in an attic somewhere - typing our fingers to the bone, venturing out only for sunlight and sustenance - that just isn't going to wash with most publishers nowadays.

Personally, I'm very lucky. Thanks to my dad's interest in computers, I grew up with them, and they've always been second nature. But I know this isn't the case for everyone, and there are a lot of authors feeling left behind by the technological boom.

As I've just finished typing up a couple of very basic introductions to key SocMedia platforms, I thought I'd share. They were written for Kivu Writers, having just set up their Social Media.

It's worth mentioning that you can also get a free personalised domain name if you're willing to accept the extension .tk - just head over here.

These guides really aren't exhaustive, but they try to impart the key things you need to know in order to use each platform. To get a sense of what I'm talking about, you can poke around my examples via Kivu Writers' website/blog (also www.kivuwriters.tk - clever, huh?), Facebook page and Twitter account.