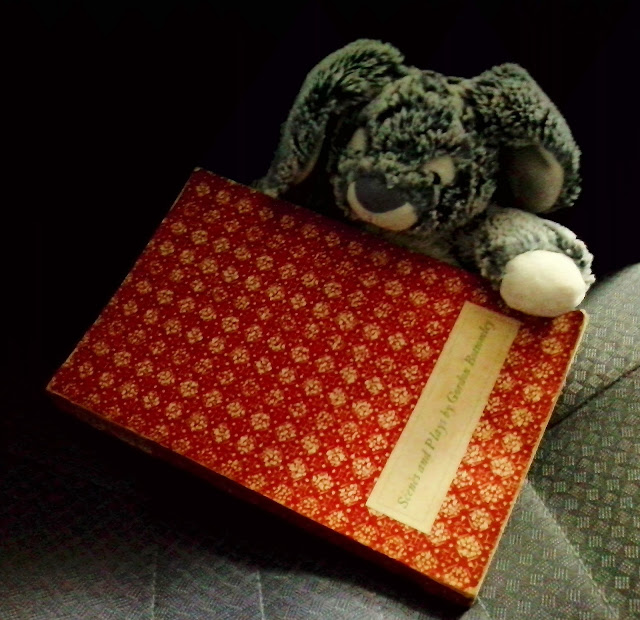 Following on from The Mystery of Gordon Bottomley, I can announce that Percy and I have taken possession of Scenes and Plays, 1929.

This particular edition was dedicated in 1938. 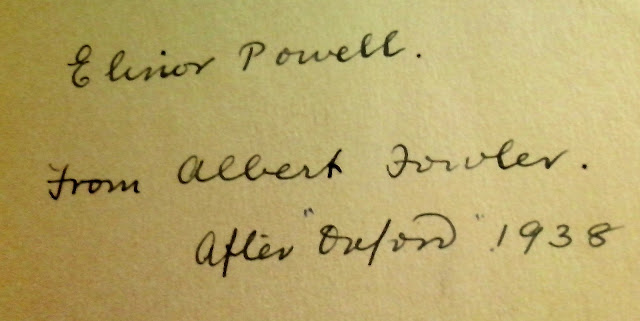 Very excited. Here's a quick rundown on each piece as I work my way through...

Extremely short scene of a daughter being sent away by her dying mother to her lover in a far off land.

Written in a style characteristic of theatre at that time. The line: But we must feel, or never truly live sounds familiar from somewhere?

The mother bequeaths her bed to the daughter, which - combined with the fact he writes in verse - reminded me of Shakespeare, in that his bed was the most controversial item in his will.

The story of a man taken by a faëry [sic] Queen and returned to his family seven years later. Based on the story of Thomas the Rhymer. Here, she comes to reclaim him for the final time.

This immediately caught my attention. Very similar stories throughout Irish and Scots folklore. Reminiscent of Michael Scott's retelling of the legend of Bridget in his Irish Folk & Fary Tales Omnibus. Also mentioned pathways that were there and then not, as featured in Clarke's Jonathan Strange & Mr Norrell. Paul told me a story he heard in the lowlands once of a similar incident, where a man was reputed to have disappeared one night and returned years later, still the same age as when he left.

There is also frequent mention of the Eildon Tree, which relates to a hill where another Michael Scot [sic], a 'famous Wizard', split the peak into three. Apparently:

The location of the Eildon tree is marked by the Eildon Stone which was put in place by the Melrose Literacy Society in 1929, and is just off the Eildon Way...


Oddly, the same year that Bottomley's collection was published. 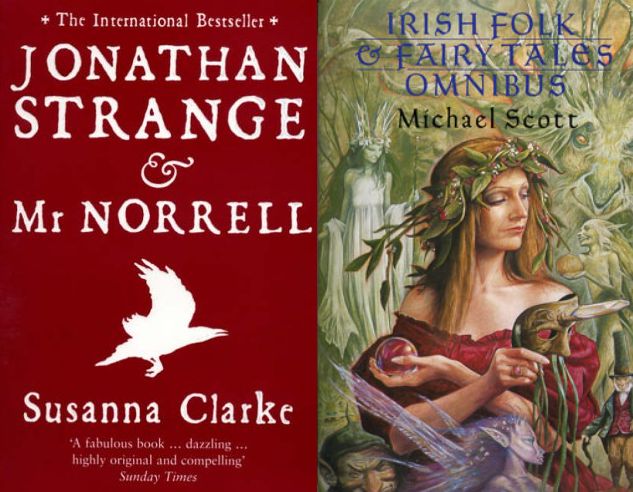 Slightly zen reconciliation of two sisters, the younger having swiped the elder's fiance, married him, and had a child, only for him to leave them both.

Interesting to note that to-day is hyphenated throughout, but spelled today, today.

A widow in famined Egypt throws herself on the mercy of the Pharaoh's chief officer, her former lover. He grants her asylum but not his love. A few nice lines, a huge back-story hinted at between the pages.

Enjoyed this one. One act play about a lord returning to Towie Castle years after burning the occupants down in the 1571-1572 Marian civil war. He goes there with his daughter, and they bump into the ghost of a woman he stabbed with his spear. I think she forgives him a little too easily, though.

There's a couple of scores included.

Gordon Bottomley was clearly a man who enjoyed curtain folding.

Short scene about Merlin being imprisoned in a tree in Upper Tweed. Not entirely sure I know Arthurian legend well enough to entirely get what's going on here.

Another creepy ghostie story along similar lines to Towie Castle. Two people rock up on the Isle of Eigg, where the McDonalds' daughter married a MacLeod son of Sky, the enemy clan. The McDonalds lads, in high spirits, chase the wedding boat, kill the men, set the son adrift in a boat without food, water or oars, then take the daughter back to Eigg.

MacLeod survives and grooves on back to Eigg with his men, where they chase everyone into a cave, light a fire, and suffocate them with smoke. In scenes reminiscent of an episode of Game of Thrones, the daughter decides to burn with her kinspeople rather than watch them burn from the arms of her lover.

Flash forward, present day, two people on a boat outside the cave having a chat with her ghost.

Bottomley clearly had a sense of the dramatic, and a love of Scottish history - especially the gory bits. What else would you expect from a pisces?

That's a brief overview of all of the plays in the book, except the most important one of all: Ardvorlich's Wife.
at 11:34