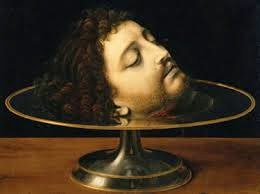 The concluding part of The Mystery of Gordon Bottomley. After reviewing his collection of plays, I saved the important one until last. Of all of his works, Ardvorlich's Wife was the one mentioned on his gravestone.

Well, thanks to Colin Proudfoot, Studies Assistant for the area, it's to do with the local connection.

Bottomley is buried in the ruined chapel at the foot of Dundurn, and this particularly gory story is set there:


By the crags of Dundurn,
In the heart of Glen Gonan
We have seen the night burn.

I tell you it is the ghost.
Between Dundurn and Ben Our, above the glens,
It goes. It nests in the heart of Meall nan Uamh,
the alarmed spirit of Lady of Ardvorlich,
For ever fleeing, unwilling to haunt mankind.


There's even another score:

The play is based upon The Legend of Montrose:

The Legend of Montrose was written chiefly with a view to place before the reader the melancholy fate of John Lord Kilpont, eldest son of William Earl of Airth and Menteith, and the singular circumstances attending the birth and history of James Stewart of Ardvoirlich, by whose hand the unfortunate nobleman fell.

Our subject leads us to talk of deadly feuds, and we must begin with one still more ancient than that to which our story relates. During the reign of James IV., a great feud between the powerful families of Drummond and Murray divided Perthshire. The former, being the most numerous and powerful, cooped up eight score of the Murrays in the kirk of Monivaird, and set fire to it. The wives and the children of the ill-fated men, who had also found shelter in the church, perished by the same conflagration. One man, named David Murray, escaped by the humanity of one of the Drummonds, who received him in his arms as he leaped from amongst the flames. As King James IV. ruled with more activity than most of his predecessors, this cruel deed was severely revenged, and several of the perpetrators were beheaded at Stirling. In consequence of the prosecution against his clan, the Drummond by whose assistance David Murray had escaped, fled to Ireland, until, by means of the person whose life he had saved, he was permitted to return to Scotland, where he and his descendants were distinguished by the name of Drummond-Eirinich, or Ernoch, that is, Drummond of Ireland; and the same title was bestowed on their estate.

The Drummond-ernoch of James the Sixth's time was a king's forester in the forest of Glenartney, and chanced to be employed there in search of venison about the year 1588, or early in 1589. This forest was adjacent to the chief haunts of the MacGregors, or a particular race of them, known by the title of MacEagh, or Children of the Mist. They considered the forester's hunting in their vicinity as an aggression, or perhaps they had him at feud, for the apprehension or slaughter of some of their own name, or for some similar reason. This tribe of MacGregors were outlawed and persecuted, as the reader may see in the Introduction to ROB ROY; and every man's hand being against them, their hand was of course directed against every man. In short, they surprised and slew Drummond-ernoch, cut off his head, and carried it with them, wrapt in the corner of one of their plaids.

In the full exultation of vengeance, they stopped at the house of Ardvoirlich and demanded refreshment, which the lady, a sister of the murdered Drummond-ernoch (her husband being absent), was afraid or unwilling to refuse. She caused bread and cheese to be placed before them, and gave directions for more substantial refreshments to be prepared. While she was absent with this hospitable intention, the barbarians placed the head of her brother on the table, filling the mouth with bread and cheese, and bidding him eat, for many a merry meal he had eaten in that house.

The poor woman returning, and beholding this dreadful sight, shrieked aloud, and fled into the woods, where, as described in the romance, she roamed a raving maniac, and for some time secreted herself from all living society. Some remaining instinctive feeling brought her at length to steal a glance from a distance at the maidens while they milked the cows, which being observed, her husband, Ardvoirlich, had her conveyed back to her home, and detained her there till she gave birth to a child, of whom she had been pregnant; after which she was observed gradually to recover her mental faculties.

Colin provided a map from their collection which shows the area, and I've tried to transpose it onto a Google image.


So, she roamed between Dundurn and Ben Our, on the South bank of Loch Earn. The MacGregors of this story are referred to as "MacEagh, or Children of the Mist," but in the play she calls them Gregarach, or The Red Children, who "cannot be cut or burned."

There's a little continuity issue in that she's said to have disappeared for quite some time. In the play she's supposed to have been 'heavy with child' when she left, yet they find her in time to give birth at home, so she couldn't have been gone that long.

Best not to analyse too much with folk tales. Never let tiresome logic stand in the way of a good story.

I wouldn't say this was actually one of his best, but the local connection is undeniable. The area must have held a special place in his heart to be interred there. Perhaps it was Ardvorlich's wife I met on the slopes of Dundurn?
at 11:31