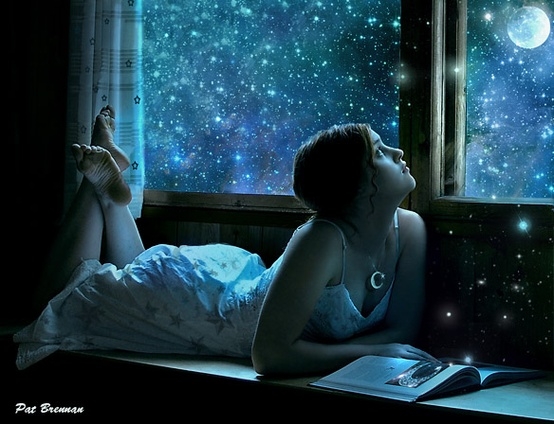 Halfway through week three of my 1k a day regime and just passed the thirty-thousand word mark.

It's been a week of ups and downs. First time I've tried to write to a word limit after drinking. We've had a rare flash of summer this past week, and a couple of trips to lovely riverside pubs. I was a little worried I might not make it through the second sitting, as daytime drinking always makes me sleepy, but I needn't have worried. "Write drunk, edit sober," as one friend reminded me.

As I refuse to edit anything until I'm done, I suppose I should just keep drinking...?

Yesterday was a bit frustrating. Managed to fill my quota fairly early in the day, just as I was getting to a really good bit. I could happily have continued for another thousand words. Had to have a seriouse think about whether or not to do so. My left brain stood its ground and said 'no, rules is rules.' So, I spent the rest of the day feeling a little miffed and looking for other creative outlets.

At least I was itching to get started today.

In part appeasement, I thought I'd share a little passage I rather like with you. It ties in with the issue I was having over calenders. The need to make clear to a Western readership that we are not actually in the middle ages, just a different part of the world.

It's extremely rough at the moment. Should appear in a more polished form at some point in the future, after the magicians that are proofreaders and editors get through with it. I'm just the ideas guy.

This is a scene between Shusha, an elderly tutor, and his pupil, a young princess, at New Year - which falls on Spring Equinox. It's also a nod to that point in childhood when you realise that Santa isn't real, and unicorns don't exist. The loss of childhood dreaming and the onset of adult reality.

When blossom falls like snow, and all the world is white with hope, then comes the New Day.

Shusha told me we are not like other Muslims. He said that we confuse him. This made me laugh, that a man who knew more languages than there were stars in the night sky could possibly be confused by such a simple matter as guessing the day of the week.

“And at the holy month of Muharram?”

I smiled, guessing his trick. Though, for me, the mention of Husayn ibn Ali’s holy day would forever be tainted by the smell of sweat and blood.

“Then,” I considered, “it was the year twelve sixty-eight.”

“Ah.” He paused for a moment, the twinkle in his eye betraying there was more to come. “What if I told you that it is neither the fifth month of the Islamic calender, nor the first day of the first month of the Persian calender, but that it is, in fact, eighteen fifty-two?”

“Then I would say that you have the power of a jinn, to leap forward through centuries.”

He smiled, age making fine lines of his eyes.

I did not doubt Shusha. I was certain that on some part of the globe it probably was eighteen fifty-two, just as there were goats that walked backwards and trees that grew in the sky. How would I know any different? I knew nothing of the world. My only curse was that I was sharp enough to understand that.

The morning of Nowruz, it had become our custom to meet on the bench beneath the jasmine, overlooking the eastern lawn. After the first prayer of the day, many of my mothers went back to sleep for an hour or two. A few sat and watched the sunrise from their windows, or from the arches of the larger courtyards.

I vividly remember the first time that I came here at this hour, perhaps as old as Fakhr. I had been too excited to sleep. The Spring Equinox marks the end of all that is dark and cold in the world, and the rebirth of fire into the sky. My father used to tell me that this fire was brought by a winged dragon, with teeth of Caspian pearl and claws as sharp as the Daaroga’s sword.

I longed to see that dragon.

Full of rich food and warm, honeyed milk, I battled my own eyes for a glimpse of the dawn. I scrambled out of bed and down the steps, past the fountain, barely knowing which direction the sun would rise. As I paced the outer walls, my feet crunching against cold shingle, I heard a soft voice in the dark.

It was my tutor, of course. He sat on this bench, though there was no jasmine here then. Only a single potted rose, which had not yet come into bloom.

“What are you doing out of your bed at this time, child?”

“The one that brings fire to the sky.”

Funny, I was younger then, yet he was always the same age.

The sting in my heart, I can feel it still. No dragon?

“There is only the ram.”

Sitting me upon his knee, he pointed up to the sky and drew his finger across the stars. “You see? The fish swims away, as the ram charges.”

He meant for this to seem mystical, but all I felt was the loss of my dragon. Cheated out of a celestial spectacle that I had fought slumber to witness. I was losing the battle, and began to cry with tiredness and sheer disappointment. Beneath my small buttocks, I felt his boney knee shift and wondered whether each of his joints were held together like the lines between stars.

When I awoke, he held me, cradled up against him as the sky swam crimson and then gold. It was as though someone had slaughtered my dragon to Mecca, and Allah had shown his satisfaction by bestowing a crown upon the world. A crown that dazzled.

My tiredness and my confusion melted away on that first rebirth. For the thirteen days that followed, I ate every sweet offered, kissed every one of my mothers' cheeks and aunts' hands, ran through the palace with my scarf flaring behind, pretending that I could fly.

Since that day, every Nowruz, before the call to second prayer, I would go down to the East Lawn and sit with Shusha, hoping to see the miracle repeated. The sun always rose, but never quite as colourful again.

Still, it had become our ritual.

I never did ask Shusha what first brought him to sit there alone on New Year. Perhaps he sat there every morning. Perhaps he had not even known what day it had been.

There were many questions I never asked, that I should have.