No Trick, No Treats 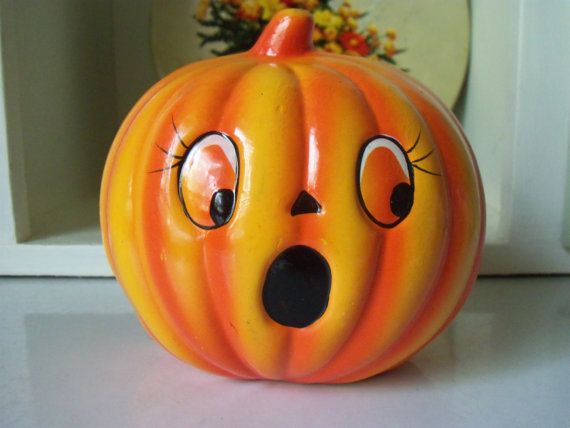 One little known fact about Rwanda is that Halloween is banned. The reason given is that it:

I find it interesting that those two terms sit side by side. As a Pagan, Samhain has been a ritual part of my life for years. Halloween has its roots in Samhain, a New Year equivalent for modern Pagans, where, instead of getting legless and waking up with no clothes on (we prefer to keep that for Beltane), we spend time remembering those we have lost and acknowledging the thin veil between this life and the next; how very close we walk to it every day.

If anyone can understand the argument 'Halloween is a denigration of culture,' Pagans probably can. Native and ancient beliefs have been appropriated over and over, usually by the Christian church. Which makes Rwanda's argument an interesting one.

I think there are two underlying issues to the ban:

The majority of Rwandans embrace Christianity as their religion, and Paganism has always been seen as a threat to Christianity, which is why the Church throughout history has done its level best to change those customs. Christianity itself helped turn the ancient custom of remembering the dead into what it is today. Perplexing that Christmas does not insult Rwandan culture, yet a festival with its origins in ancestor veneration, a fairly universal pre-colonial custom, does. It's a mixed up, muddled up world we live in.

Whereas I sit uneasy with the first issue, I can more readily understand the second. Rwanda is known for the genocide of 1994, in which around one million people lost their lives over a period of a hundred days. Anyone who visits the country, reads a book on the subject, or attends one of the memorial sites where bodies are preserved, will feel queasy at such violent disregard for life. It certainly isn't a fun-and-games, laughing sort of matter. You don't feel like dressing up as a corpse and knocking on doors for chocolate after.

When the ban came into effect in 2013, journalist Frank Kagabo speculated that the genocide might indeed have been the reason, but noted that it was not explicitly given. He went on to suggest that the ban was an over-regulation of public and private life, and that it ignored the interests of the growing number of young Rwandans who have lived and studied overseas and been immersed in other cultures.

I also think this is a really interesting article by Bwesigye bwa Mwesigire: What does celebrating Halloween in African cities signify? Citing Akua Djane:

If Halloween came to Ghana from Nigeria for example, Ghanaians would call it "juju", evil, occult. Something never to be practised! Ghanaians would have said: “What? You want me, my husband, and my children to go out dressed as ghosts, witches, and Satan? You want us to go to our neighbours and ask for a “treat” for our children? If they don’t get a treat, we should advise our children to play a trick on our neighbours? Are you crazy?” Yes, this would most likely be the response if Halloween had African roots and was introduced to Ghana from Nigeria or some other African country. But because Halloween came from “the whites”, Ghanaians and other Africans have embraced it, no questions asked! Poor Africa.

But when you look around the world, at some time in history, a group of people from one place took ideas to another. Christianity sure didn't start in Britain. Middlesex is a far cry from the Middle East. The first country to adopt Christianity as its national religion was Armenia, where the last remaining pagan temple in Transcaucasia still  stands, dedicated to Mithra.

April Fools Day seems to be a corruption of the Zoroastrian New Year, the Sizdah Be-dar celebrations of Iran.

If we're going to get right down to culture and tradition, high heels were originally men's attire.

Women just decided they could wear them better.

How far do we really want to take this?

At a certain point, whether we like it or not, we are all citizens of the world. That's the direction it's going in, faster each day. Some see this as a threat, but from another perspective it's incredibly liberating. Be whatever you want to be. Embrace whatever you enjoy on an individual level and set aside that which you do not.

I think there will always be a place in the human psyche for making fun of death. Perhaps even in Rwanda, where such awful things have happened, but where a new generation is growing up exposed to the internet, as are young people all over the world. That is undoubtedly a difficult balance, but what people enjoy in times of peace are often very different to what they need in times of war. I would suggest that embracing new ideas and cultures is a sign of a secure and self-assured society.

The point of Sizdah Be-dar was that it was a day of chaos. It was believed that the only way to protect yourself from mischievous spirits and ill luck was to create even more mischief yourself. The carved pumpkins (originally turnips) do the same - ward off mischievous spirits. At Samhain we remember that life and death are very thinly divided, and we smile about it - because what is the alternative?

I think it is interesting that Our Lady of the Holy Death is one of the fastest growing religions in the world. It speaks to a lot of people. A balanced life means accepting all aspects of being alive, and death is a huge part of life. One day to consider that - on friendly terms - surely isn't so frightening?