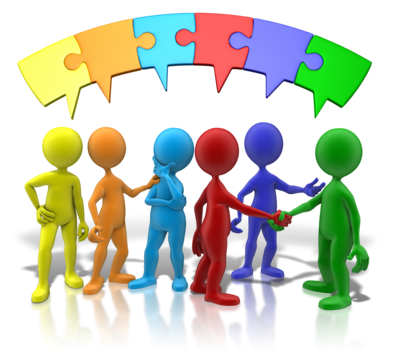 Years back I did a post on quoting song lyrics in novels, and about the copyright issues surrounding that.

In one case I ended up with twenty-nine e-mails exchanged over  a ten month period with a single music agency before they agreed to grant me the rights. I drew up a flowchart (or a trickle chart) of my progress. Most of which involved trying to figure out who held the copyright in the first place, then filling out endless forms.

Could you imagine going to your local supermarket and joining a ten-month long queue for the checkout?

The reason for this post is that it's all happening again - only this time, with authors.

In my current novel, I want to quote Walter de la Mare. I'm rather a fan, he wrote some lovely verse, but it's not out of copyright yet. Many writers are - I can quote them for free. But he isn't. And that's fine.

Walter de la Mare is in that twilight zone of authors who are now deceased but aren't yet in the public domain. He has a society dedicated to him. However, they are not the administrators of the copyright for his work - that's The Society of Authors. So I contacted them for a quote and told them what I needed.

Just like the music authorities, they couldn't give me a quote.

It isn't enough to say which poem you'd like to include, or how much of it. You also need to tell them:

That's actually less than the music industry required. They wanted the total word count as well as the print run.

Now - just looking at this logically. If I am enquiring about the use of a poem within a work I haven't written yet, it's probably safe to assume that it hasn't got a publisher. Or, if it has, because it's on commission, they probably don't know the exact print run yet, and certainly not the final word count or languages.

The reason an author might enquire about copyright prices is because they're trying to decide if it's worth the money. You're not going to build a story around something you might later have to remove.

I'm all for providing a bit of information - even a sample - of the bits which relate to the copyrighted material. That helps the copyright holder to decide if it's going to be suitable. But insisting on maintaining this archaic bureaucracy in a modern, digital era, stifles artistic collaboration and deprives authors, and their posthumous estates, of income.

Essentially, the way I see it:

I'm behind him 100% on that. But I also feel that the publishing industry (poetry, prose, fiction, non-fiction, lyrics) is missing a huge trick here. There are only two likely outcomes from a copyright application:

Imagine a unified database where all the copyright holders are known. A one-stop shop where you could look up the piece you want to use and fill out a single, well-thought-through application form, and be guaranteed a decision within a set period of time. It wouldn't even matter if the quote was tiered, depending on the print run and territories - at least you'd know what to expect.

The whole database could even fund itself. Take a leaf out of Companies House. They charge a £1 administration fee on their Webchecker service. I'm sure you could ask a fiver for something people aren't likely to use as regularly, and which takes a little more processing. Or take commission from the copyright holders each time they make a sale, as you're saving them time and increasing the likelihood someone will purchase. You could even advertise book releases for a little extra cash.

In this digital day and age, and with authors struggling so hard for any form of income, surely this is worth pursuing?
at 17:44