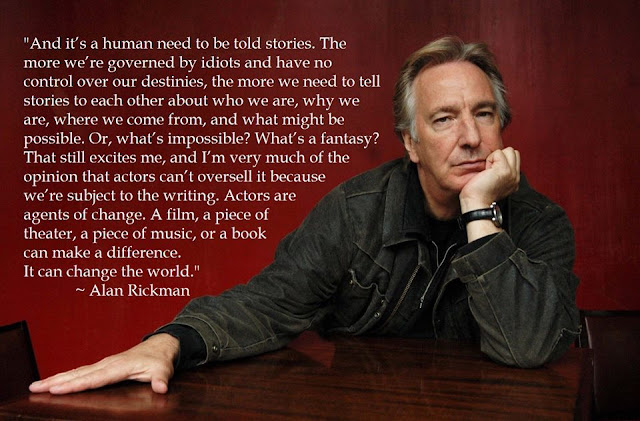 He was stunningly entertaining as the Sheriff of Nottingham, delivered a chucklesome Metatron in Dogma ("What are you?" - "I'm pissed off is what I am."), and is most famous for Professor Snape in Harry Potter, but here's my personal top five picks...

I shan't apologise for this. I love  Die Hard. It was his breakthrough movie role, and I'm a sucker for a sexy, sardonic villain. It was like the serious version of the Sherif of Nottingham.

Groomed to within an inch of his life, blowing out brains and blowing up buildings - fabulous.

Hands down, without a shadow of a doubt, Galaxy Quest is my all-time favourite Alan Rickman role. Nobody else could possibly have played Alexander Dane to such effect. He just stole the show.

By Grabthar's hammer, by the suns of Worvan, you shall be avenged!

I really loved the novel Perfume: The Story of a Murderer by Patrick Süskind. If I recall correctly, it took a very long time for it to come to screen, because he didn't believe it could be adapted well enough. I remember being very excited when it was eventually adapted, and although it wasn't a leading role for Rickman, it was still a really special project to have been involved in.

Playing Eamon de Valera to Liam Neeson's Michael Collins was one heck of a role to take on and resulted in a gritty, hard-hitting performance which won him a BAFTA nomination.

Might need to watch Galaxy Quest again after, for a pick-me-up.

I'm a huge fan of Sondheim's musical Sweeney Todd. Saw an amateur production in Guildford many years back, and it remains one of the best performances I have ever seen to this day. Although I thought the film adaptation fell every so slightly short of the mark, it certainly wasn't because of Rickman. Yet again, he played the role of dastardly villain flawlessly.

You can catch his final performance, as the voice of The Blue Caterpillar in Alice Through the Looking Glass, later this year. 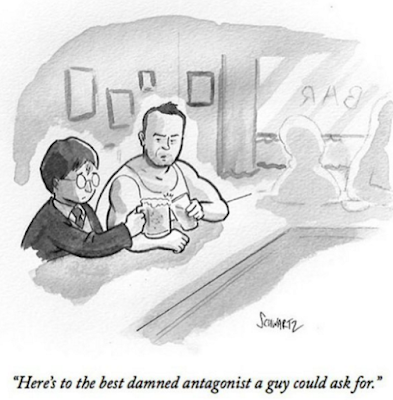