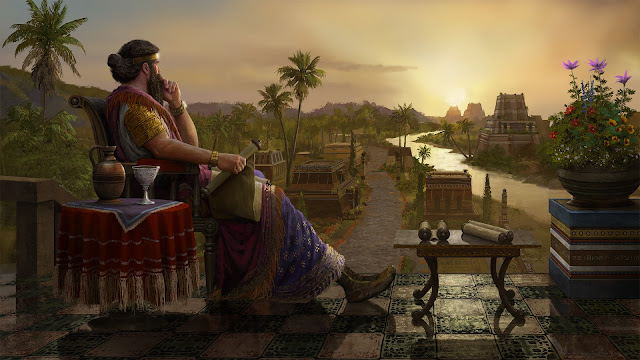 And there is so much more left to write. I said earlier on I was thinking it'll probably be around 140k. I reckon now more like 140-60k. It's going to be a decent-sized doorstop. I know wordcount counts for very little, but it is kind of nice to know I can stay the distance.

This gives me hope...

I can see the end in sight. I've just fought a campaign all the way down from Akkad to the walls of Ummer, and once that city's taken, it's on to Uruk, which spells endgame for Lugal Zage-Si. Although, this being historical fiction, his fate was all sealed up thousands of years ago. Oh, well. 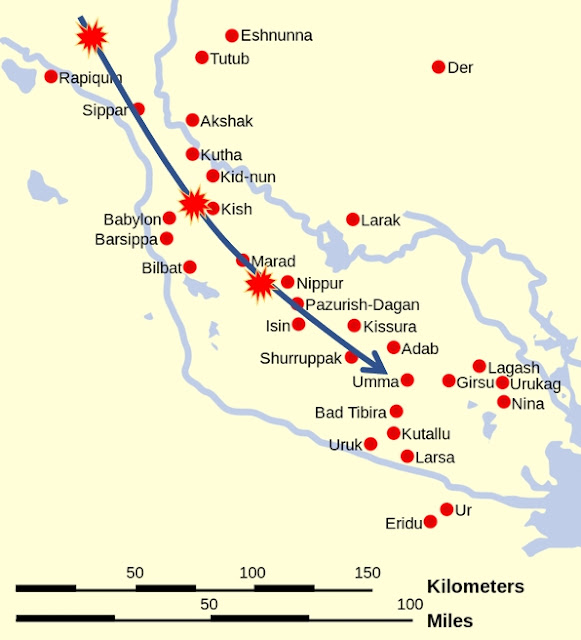 It is kind of incredible that Sargon managed all this. When you really start to look at the logistics, it's pretty amazing. Watching documentaries on things like the Battle of Gaugamela have really helped, though I can't seem to find how long that battle lasted? There's some really interesting research on the length of battles here. I was thinking days, but for an army of 30-40,000, which is probably what I'm working with (still figuring out the specifics), the average was more around four-and-a-half hours. I love people who get that detailed about niche trivia. Their time and effort is a treasure trove for writers.

Anyway, on to Umma!