The Diary of a Bookseller 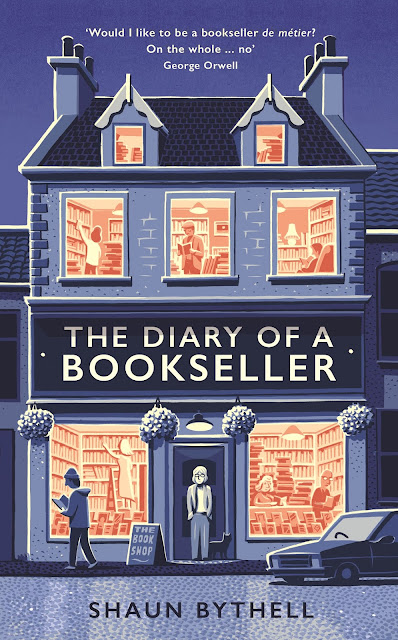 Finished this yesterday and missing it already.

Shaun Bythell owns The Bookshop, Wigtown - Scotland's largest second-hand bookshop. It contains 100,000 books, spread over a mile of shelving, with twisting corridors and roaring fires, and all set in a beautiful, rural town by the edge of the sea. A book-lover's paradise? Well, almost ...

In these wry and hilarious diaries, Shaun provides an inside look at the trials and tribulations of life in the book trade, from struggles with eccentric customers to wrangles with his own staff, who include the ski-suit-wearing, bin-foraging Nicky. He takes us with him on buying trips to old estates and auction houses, recommends books (both lost classics and new discoveries), introduces us to the thrill of the unexpected find, and evokes the rhythms and charms of small-town life, always with a sharp and sympathetic eye.

He does come across as a real-life Bernard Black, if rather more grounded and emotionally cognisant. I've spent time in the past following my friend Paul around a number of bookshops up near Stirling. I blogged about Kings Bookshop in Callander, and some fabulous old poetry tomes from Stirling Books. I adore the dusty back rooms and cobwebbed corners of a bookshop, more so now that I live in a country where bookshops are rarer than a first folio and those that do exist are dusted daily. The book certainly hit me with a tide of nostalgia.

Again, living in a world of eternal equinox (great name for a band, as someone recently pointed out), where the weather's sometimes a little wetter, sometimes a little dryer, but mostly constant, it was nice to be reminded of how extreme the seasons can be in the UK. Tales of warm fires and snow-laden drives through howling winds, and then the discomfort of a sweaty summer and the sense of renewal that comes with spring.

There were some extremely poignant reflections on mortality whilst clearing out the bookshelves of deceased estates, such as the daughter of an Italian immigrant who had inherited her father's thriving restaurant only for it to dwindle with the decades:

Downstairs, the big glass windows were boarded up, and the place, once busy, was as silent as the grave, save for the sound of the rain coming through the roof and dripping onto the floor. The optimism of that young Italian man, with his Scottish wife, his thriving business and his young daughter, the courage it took him to move to another country, learn a new language, and start a new business and a new life, could never have anticipated the sad end that fate dealt to his dream.

It also dropped some insider lingo that is rather fascinating, such as the word incunabula, referring to any book published before 1501.

I strongly share the author's dislike of Amazon, and have blogged before about trying to avoid it - with limp-wristed success. I have an uneasy love-mostly-hate relationship with it, and it was interesting to see how it's affected the second-hand book trade.

Diary of a Bookseller is well worth a read, and you can follow the shop on facebook and twitter. They also run a random book club, which is currently closed to new members, but worth keeping an eye on for the future. 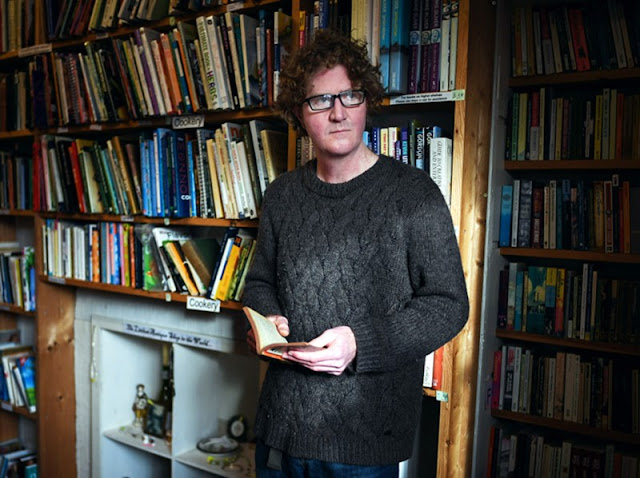