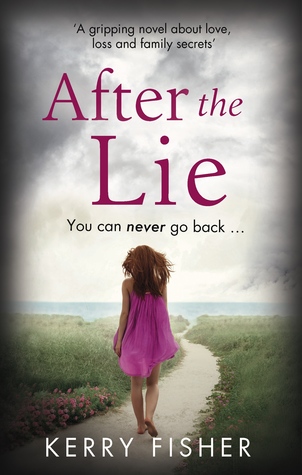 Just finished After the Lie by Kerry Fisher on Audible.

Sometimes a lie can split your life in two. There is “before”, and there is “after”. Try as you might – you can never go back.

When Lydia was a teenager, she made a decision that ruined her family’s life. They’ve spent the last thirty years living with the consequences and doing their best to pretend it never happened.

Lydia’s husband, the gorgeous and reliable Mark, and her two teenage children know nothing about that summer back in 1982. And that’s the way Lydia wants it to stay. The opportunity to come clean is long gone and now it’s not the lie that matters, it’s the betrayal of hiding the truth for so long.

When someone from the past turns up as a parent at the school gates, Lydia feels the life she has worked so hard to build slipping through her fingers. The more desperate she becomes to safeguard her family, the more erratic her behaviour becomes. But when the happiness of her own teenage son, Jamie, hangs in the balance, Lydia is forced to make some impossible decisions. Can she protect him and still keep her own secret – and if she doesn’t, will her marriage and family survive?

I wasn't sure I would enjoy it, as I tend to gravitate to quite dark fiction and contemporary domestic dramas don't often grip me, but this was very well written and narrated.

It almost lost me, as the beginning of the book really builds up the question what is the lie? The sort of things I read, I was thinking did she kill someone? Is it abuse?  - so when it was finally revealed, I sort of shrugged and went oh, is that it? But then it started to look more closely at the implications of that event and how it had affected the main character and those involved. As the story went on, it built my empathy and I could see how it could have been that devastating.

Definitely gave me pause for thought.

It's also quite humorous, with some nice one-liners.

If my mother got any closer we could share a bra.

Overall, I enjoyed this one. Interesting questions over fidelity and social media. Possibly more of a horror story for readers who are parents. It has a satisfying ending, and there's a nice letter from the author after the last chapter.
at 09:53