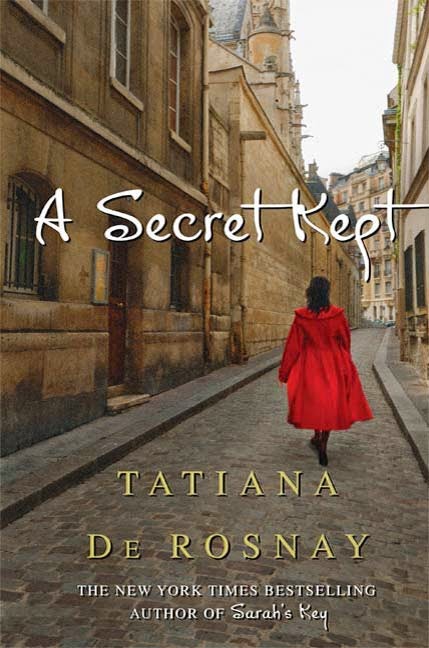 Just finished reading this. Feels like ages since I last read grown-up fiction.

A while back a friend was visiting from Uganda. She was reading this whilst she was here and I was foxed because I knew that I'd read the back blurb before and recognised the author's picture, but I couldn't for the life of me remember why.

After she left, I realised I had a copy on my bookshelf, borrowed - along with a handful of others - from a friend. So, on her recommendation, I set about reading.

Thing is, she didn't just tell me it was a good book, she told me the spoiler - the big secret being kept. I think I would have figured it out very early on anyway, it's not subtly suggested, but I still wonder if my experience of the story would have been better without that.

We shall never know.

It all began with a simple seaside vacation, a brother and sister recapturing their childhood. Antoine thought he had the perfect surprise for his sister Mélanie's birthday: a weekend by the sea at Noirmoutier Island, where the pair spent many happy childhood summers playing on the beach.

But the island's haunting beauty triggers more than happy memories; it reminds Mélanie of something unexpected and deeply disturbing about their last island summer. When, on the drive home to Paris, she finally summons the courage to reveal what she knows to Antoine, her emotions overcome her and she loses control of the car.

Alone, waiting for news of Mélanie, Antoine reflects on his life: his wife has left him, his teenage children are strangers to him, his job bores him, and his father is an ageing tyrant who still poisons every aspect of his life. How did he end up here? And, more importantly, what was the secret that his sister wanted to tell him?

A Secret Kept plumbs the depths of complex family relationships and the power of a past secret to change everything in the present.

I really enjoyed it despite the spoiler. Bit of a slow starter, but then everything happens at once and De Rosnay is good at throwing in the unexpected. She's also extremely honest in her writing, especially observations on the complexity of emotions, power manipulation and empathy (or lack of). Very nicely written.

It always makes me glad to see literary fiction selling so well. That there is still hunger for the exploration of realism, rather than pure escapism. There's room for both on my bookshelf, but it's just nice, is all.

Tatiana de Rosnay (@tatianaderosnay) is herself a very interesting character. Her family history reads like a novel of its own.

I've just lent it to another friend who was running low on books.

Worth a read - especially if you have teenage kids.
at 10:33