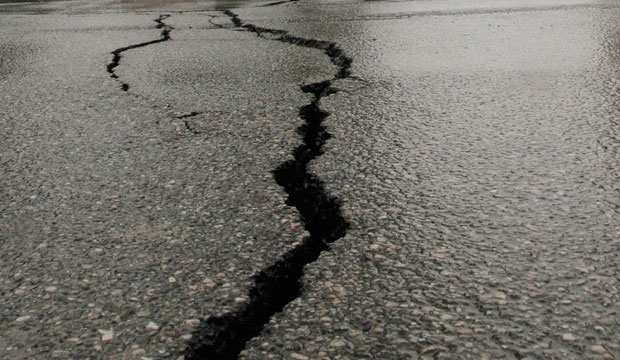 Hot on the heels of the solar eclipse, we had a 5.7 earthquake on Saturday.

I was sitting on my porch at 2:27 in the afternoon when it began. We get them from time to time here. There's a sound like a truck going down a cobbled road, only there aren't any cobbles. Then the earth turns to water and everything wobbles and rattles. I had my laptop on my knee and legged it up the driveway, then remembered my keys were on the table, so turned back around, dived under the porch and ran back up the drive again. If the house did collapse, I'd need the keys to get out of my compound.

I'm one of these weirdos who actually enjoys light earthquakes. It's an incredibly surreal sensation. It's like standing on one of those moving floors in a fun house. The only time I was really fearful was when I got caught up in the aftershock of a particularly bad quake in Cyangugu in 2008 which brought down the roof of the hotel opposite.

After this one, I opened my gate. All of my neighbours were standing around. We looked at each other and just started laughing. Twitter was alive with people joking about whether they were running then tweeting, tweeting then running, or running and tweeting at the same time.

Sadly, reports say it  killed 11 and injured 100 at the epicentre in Tanzania.

What with the solar eclipse, now an earthquake, I think we'd best keep an eye on Lake Kivu!

It's one of the world's three 'exploding lakes,' right next to a live volcano. I recently wrote a short sci-fi story about the aftermath of such an eruption. 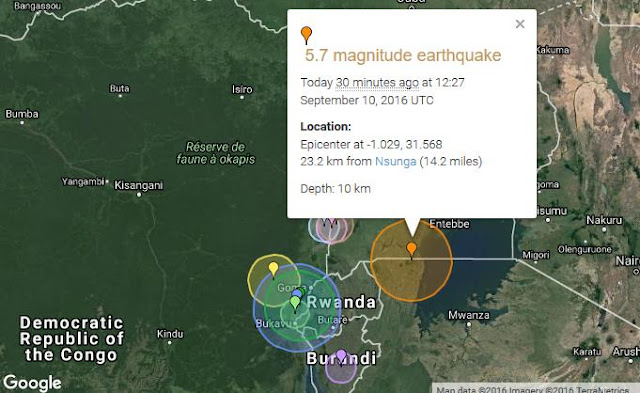