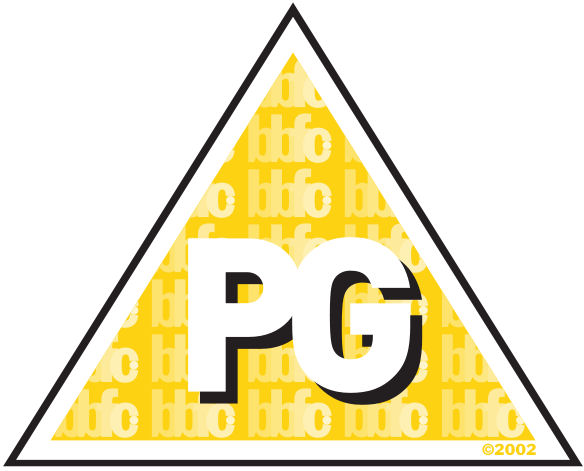 Oh, what a redundant bloody idea.

Came across a rather odd review site called The Books Debut today. Your first warning should be its awkward use of grammar. If you're going to set up a literary site, you just don't struggle with the singular/plural possessive like that. Even if it's not a possessive, why on earth pick such a troublesome title?

That forgiven, it looks like a fairly nice site. A good idea. Somewhere for authors to get those much-needed first reviews. Fairly easy submission process to follow, too. Until you read the form.

ME: What on earth is a 'book rating'?

THEM: rating means is it r, pg erotica, g etc like a movie rating

[Your second warning should be that no website administrator in the literary world should manage to miss the shift key that many times in a row...]

ME: Do books have a rating? Is this common in the US, perhaps? I don't know what to rate a work of historical fiction.

THEM: No, it is not exactly common for books to be rated that way except for erotica and sometimes for foul language. Make sure you always download the sample if possible and check it out thoroughly before you purchase (even my books).

At this point I just gave up. If it's not common, why use it on your submission form?

You're serious about that?

What exactly is a PG book rating anyway? Does it mean that your parent has to stand behind you, reading over your shoulder?

I've noticed this on Smashwords, too. When you publish a book online with them, they ask whether it has any 'adult content'.

I think it's fairly safe to assume that any book without Spot the Dog on the cover is likely to have some adult content. But then, what is 'adult content'? Kissing? Getting angry? Hitting someone? Shooting a gun? Smoking a cigarette? Drinking a pint? Getting drunk? Having consensual sex after the debutant ball? With people watching? Somebody dying? Somebody choking to death on a fish bone? Somebody being stabbed, but not dying?


And at what age can you read about each of those things?

Books are not films!

It's a naive literary reprobate who would deign to suggest that film certificates should be dished out to novels.

Somebody recently asked me what age range my books were suitable for. A question that astounded me. I found myself explaining that:

Unlike films, books have an age rating of 'ability to read' and 'ability to imagine'. It varies wildly.

Books are about exploring emotions, thoughts and feeling. They're the safest medium through which to do so, because they are prohibited by our own ability to imagine. A film can make you see things you can't imagine, crashing through your psyche's protective shields like a visual sledgehammer. Books don't do that. We construct their images in accordance with our own understanding.

To curtail that, and to tell a young person that they cannot read something like Oedipus because it includes incest, is a type of extreme ignorance usually only suggested by people who themselves do not read, and who have little love - or understanding - of literature.

The chances of a child who is not old enough to handle The Shining either attempting to read it, or showing any interest in doing so, is negligible. A young person is old enough to read a book when they have the technical capability (the skill) and the interest (the will). You cannot force a work of horror, or even the greatest piece of classical literature, on a mind that cannot read it and does not want to.

Should a person be both able and willing, then that is an incredible thing in modern times. The fact that they would rather do that than play X-box or football is to be rejoiced over!

It's like somebody went: look, there's something that isn't regulated! Quick, we'd better regulate it - the one thing the world doesn't have enough of is pointless red tape!

Is anybody really about to turn around and say: Sorry, The Pillars of the Earth - rape - you have to be eighteen to read that.

If they are, at least it's more likely to make their kids want to go and read it.

Absolute unenforceable, illogical, and ridiculous gumpf from the thought police.
at 21:34