The Adventures of English 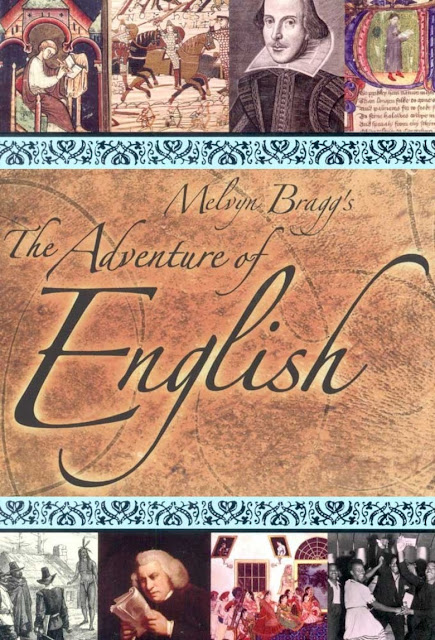 Right, this is the last book review for a little while as I'm going back to read The Binding again and have caught up on all the titles I got through between #IndieApril and now.

This was just one that looked interesting. As I started to listen, I realised that it is basically this video in long form, with a bit more depth.


I really enjoyed it. Stretching all the way from the end of the Roman Empire through to today's internet English and modern divergence. English certainly has had some fascinating adventures.

I took a hundred-and-one notes, so won't go through everything, but some of the parts I found particularly interesting included the influence that nannies have had on language throughout history. The nobility are often held up as the  standard to which a language aspires, yet the children of rich families are rarely raised entirely by their mothers. So, the French nobility in England worried that their darling children would pick up English from their English nannies - which they did - and the rich whites in America worried that their darling children would pick up African Krio or slang from their black nannies - which they did. I never thought about that before, and it was interesting.

I recently read Les Misérables, and Victor Hugo was fairly obsessed with slang. For a writer, he seemed halfway horrified by it, and then gave it a grudging nod of acknowledgement as an expressive form. Turns out, this was an issue on everybody's minds back then. Loads of English linguists also went about trying to tame the language and prevent it from slipping into slang, which was considered the language of convicts and ne'er-do-wells. It kind of explains why Hugo devoted so much of Les Mis to that issue.

It touched on the origins of some words, perhaps the most distasteful of which I never knew was that 'bulldozer' apparently comes from a 'bull dose,' a round of whipping so harsh it could kill a slave. Not going to look at that in the same way again.

It really is a very entertaining book and highly recommended. The history of language is often seen as a rather dry subject, but Melvyn Bragg really brings it to life with astonishing vigour. Very much in the same vein as Bill Bryson on Shakespeare.

Right, as I said, I'm going to start talking about something other than book reviews now.