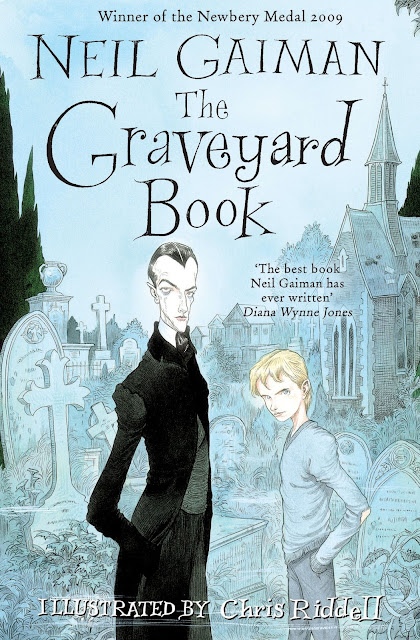 I have to make a confession. This is the first book I have read by Neil Gaiman, though I've always liked his work.

The first time I remember knowing who Neil Gaiman was, was watching MirrorMask, which is a delightfully dark and surreal film he did in collaboration with Dave McKean. I then discovered The Tragical Comedy or Comical Tragedy of Mr. Punch, which again, is a delightfully dark graphic novel. One of my greatest book-related regrets is lending it to a friend who then left the country without giving it back. I have no idea what happened to Mr. Punch after that.

I loved the films Stardust and Coraline (cute Pitch Meeting here), and his university commencement speech is well worth watching.

I'm still not sure whether I can say I have, as I picked up the audiobook, narrated by @neilhimself.

I just liked the title of this one. Plus it had an endorsement by Diana Wynne Jones. Having named two of my cats after her characters, it's fair to say I'm a fan. Annoyingly, I also lent my copy of The Pinhoe Egg to somebody who never gave it back...

Must stop doing that.

IT TAKES A GRAVEYARD TO RAISE A CHILD.

Nobody Owens, known as Bod, is a normal boy. He would be completely normal if he didn’t live in a graveyard, being raised by ghosts, with a guardian who belongs to neither the world of the living nor the dead. There are adventures in the graveyard for a boy—an ancient Indigo Man, a gateway to the abandoned city of ghouls, the strange and terrible Sleer. But if Bod leaves the graveyard, he will be in danger from the man Jack—who has already killed Bod’s family.

The Graveyard Book, a modern classic, is the only work ever to win both the Newbery (US) and Carnegie (UK) medals.

It was lovely. As a child who also hung around graveyards, and an adult who still photographs them, I felt a sense of coming home with this book. The language was very beautiful in parts.

A flash of pain woke him, sharp as ice the colour of slow thunder, down in the weeds that summer's night.

... if he moved too slowly, a black silk rope would wrap itself around his neck, taking his breath with it and all his tomorrows.

There's a character called Silas. You know there's something odd about him from the outset, but it wasn't until his run-in with the car that the penny finally dropped and I understood what he was. He's very memorable, even if he wouldn't want to be.


Bod shivered. He wanted to embrace his guardian, to hold him and tell him that he would never desert him, but the action was unthinkable. He could no more hug Silas than he could hold a moonbeam. Not because his guardian was insubstantial, but because it would be wrong. There were people you could hug, and then there was Silas.

At the best of times his face was unreadable. Now his face was a book written in a language long forgotten, in an alphabet unimagined.

I think what I like about Gaiman and Wynne Jones is that they don't pussyfoot around children. Their female characters are never weak, the boys are never flawless, and life is an adventure with possible danger, rather than a guaranteed happy ending. I think these are stories to prepare children for the world, rather than to protect them from it. Instead of telling children all the things they mustn't do, they suggest what is possible, and encourage them to go and explore.

"Yes," Silas hesitated, "they are, and they are, for the most part, done with the world. You are not. You're alive, Bod. That means you have infinite potential. You can do anything, make anything, dream anything. If you change the world, the world will change. Potential. Once you're dead, it's gone. Over. You've made what you've made, dreamed your dream, written your name. You may be buried here, you may even walk, but that potential is over."

I particularly liked the story of the poet who explained that 'revenge is a dish best served cold.' When asked what that meant, he explained, with pride, that to spite a mean critic, he had taken all of his work to the grave with him, so that they would never be able to read any of it again.

It's a book that steps the Danse Macabre, filled with hairy bacon and pond muck.