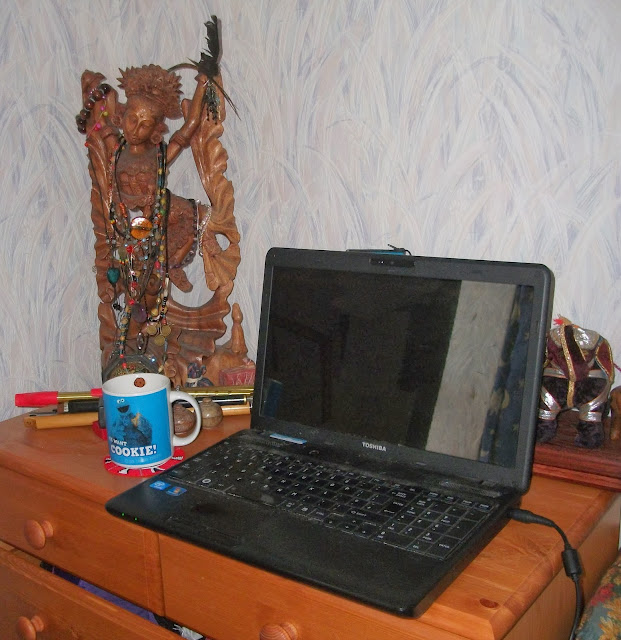 We all know that writing is a hazardous occupation. Now it's been confirmed. A recent study mentioned by the BBC today shows that desk jockeys are more likely to pile on the pounds and cut their life expectancy by up to two years. That's less than a double decker bus, but probably a bit of a party pooper if you're still on your feet and dancing by the time you get to whatever age it is that happens to be two years before the age you had originally intended to live to.

Essentially, the study says that standing up whilst working is good for you.

It just so happens that I have a chest of draws about the ideal height to work comfortably standing up, so I've shifted my office essentials over, and I'm going to attempt to work and write here for a week. Well, at least for the three recommended hours a day.

So far, so good. A little bit strange at first, but oddly I don't really notice it once I get into what I'm doing. Need the occasional sit down break after about an hour or so. Trying to work on my posture. Going to see whether endurance in my back and feet builds up over time.

Adds a whole new meaning to 'upstanding member of the literary profession.'
at 19:42