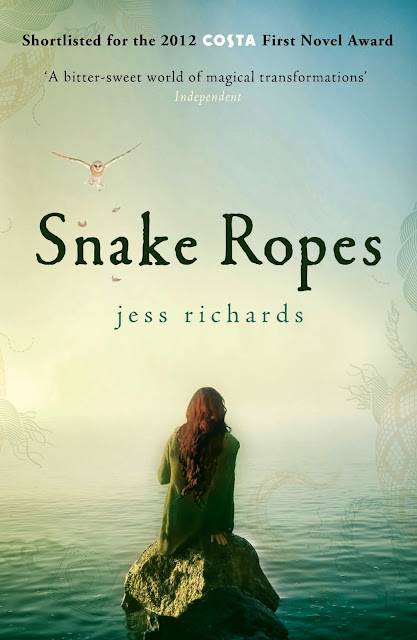 Just finished Snake Ropes by Jess Richards the other night. First novel I've completed in quite a while as most of the year has been taken up with visiting people, working, and trying to write my own novel.

This book was not an easy read, which is perhaps another reason it's taken me a while. The reason it's not an easy read is that it's very beautifully written, so you can't exactly skim along the lines. Reminiscent of something by Divakaruni, it is practically poetry from beginning to end. I posted an extract recently.


The day the tall men come from the mainland to trade, Mary's little brother goes missing. She needs to find him. She needs to know a secret that no-one else can tell her.

Jess Richards' stunning debut novel will show you crows who become statues and sisters who get tangled in each other's hair, keys that talk and ghosts who demand to be buried. She combines a page-turning narrative and a startlingly original voice with the creation and subversion of myths.

One reviewer also referred to it as 'wildly original,' and I'd have to agree. 'She's like...' but she isn't.

Told through the eyes of two girls, one the lock, the other the key, it's definitely something different.