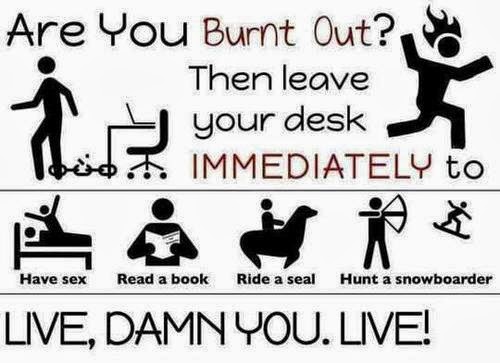 Something is broken, namely my creative drive. Right, thought I, shall get home from Dublin and nail myself to the chair until my novel is finished.

What has happened instead?

Well, for one thing, I have tidied. I don't think I've seen so much carpet in months. I seem to have caught minimalism (but not the bronchitis, conjunctivitis, or plague - those were all solely my own doing) from my friend Martine. Anything I was squirrelling away, pretending I'd one day 'find a use for,' is now either in the bin or the charity shop.

I have hoovered, aerated, and even washed a lampshade.

Seriously, all I need are some daisies and a herd of cows and I could skip.

I must admit, I feel better. I'm not sure why I can't write at the moment, but I can no longer use the excuse 'clutter', either mental or physical, because I burned out my mental clutter clearing out the physical stuff.

What else has been done?

Well, I came down with a bout of the bakes.

Made a vegy flan and a funny little cheese and sun dried tomato thingy with the leftover pastry.

Extra kudos for improvisation. Didn't have a rolling pin, so used a wine bottle. Didn't have any baking beans (seriously? what kind of bourgeois crap is that?) so used, um, ceramic chopstick rests.

Anyway, the flan got baked.

The novel didn't get written.

Next up on the increasingly ludicrous list of avoidance techniques: felt dreadlocks.

I'm not even going to start to explain that one. Suffice to say, felt does not make very good fake dreads, but it's just the right measure of therapeutic and challenging to keep me entertained.

Done some of that.

Done lots of that.

Done none of that.

This is not how you meet your self-imposed deadline.

As I refuse to edit as I go, I haven't even got Martine spurring me on by demanding the next chapter.

Essentially, I suck. I am a fraud and a failure, and knowing this doesn't make me want to write any more than an hour ago.

There, that's the beginnings of something creative...
at 07:00