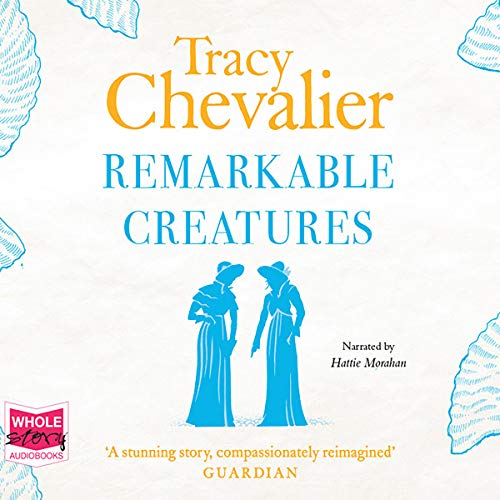 This was a hidden gem:

On the windswept, fossil-strewn beaches of the English coast, poor and uneducated Mary Anning learns that she has a unique gift: "the eye" to spot fossils no one else can see. When she uncovers an unusual fossilized skeleton in the cliffs near her home, she sets the religious community on edge, the townspeople to gossip, and the scientific world alight. After enduring bitter cold, thunderstorms, and landslips, her challenges only grow when she falls in love with an impossible man.

Mary soon finds an unlikely champion in prickly Elizabeth Philpot, a middle-class spinster who shares her passion for scouring the beaches. Their relationship strikes a delicate balance between fierce loyalty, mutual appreciation, and barely suppressed envy, but ultimately turns out to be their greatest asset.

I think I first heard about Mary Anning in A Short History of Nearly Everything by Bill Bryson. She was mentioned in a couple of things I was reading around that time, so when I saw the book blurb my interest was piqued. In fact, Reverend Buckland, who is a key character in this book, is mentioned in the review of Bryson's book that I wrote. Bryson also cites her as the inspiration behind the tongue-twister 'she sells seashells.' I remembered it being something about how Mary Anning had done so much to further scientific discovery but received so little recognition for it. That's what this book looks into, too. Though I had never heard of Elizabeth Philpot before.

It's written by Tracy Chevalier, who also wrote Girl with a Pearl Earring, and extremely well narrated by Hattie Morahan.

I really enjoyed it. Like many kids, I had a fascination with fossils and geodes. I remember going to a few museums with my parents and looking at displays, then buying things in the gift shops, so I was familiar with amenities and belemnites, though I've never been fossil hunting. The book really brought to life - well, other than the sheer sexism of the time - how very strange these relics must have seemed before we had an understanding of dinosaurs. Caught within a highly religious world where people thought the present had always existed, they must have really been a show stopper.

An interesting story, and one that certainly made me grateful that attitudes to women have moved on a bit, and that a woman's worth is no longer defined by her marital status in many countries.