I've recently started mentoring aspiring novelists. I've noticed that most of them make the same mistakes I've made over the years. There appears to be a common starting point for all writers, consisting mostly of passive voice, rampant adjectives and repetition. The stuff that keeps a writer from becoming a really good writer.

Being largely self-taught, I felt it was probably time to take some professional advice. I put aside R. R. Martin for a moment and picked up a range of (blessedly short) writing manuals. The first non-fiction I've read in a while.

So, without further ado, and in chronological order of publication, here's the three must-reads for all aspiring authors. Between them, they provide a shortcut through all the stuff you wish you hadn't done. 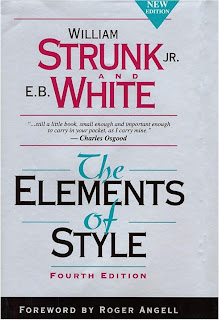 The Elements of Style by Strunk Jr. and White

I mention this one first because it is extraordinarily short, and because On Writing refers back to it, so it's worth getting out of the way.

Considering how short it is, you come away wondering how you learned so much. Most of us know when writing isn't very good, but we're usually hard pressed to say why. This just seems to hit the nail on the head, using examples of bad writing in one column, and showing how to fix it in the next. If you're like me, and start to nod off at technical sentence construction, you can still understand what is meant.

Couple of outdated paragraphs. I think it was first published in 1920, and I'd disagree with the idea 'if in doubt, refer to he,' but, on the whole, a crash course in common error. 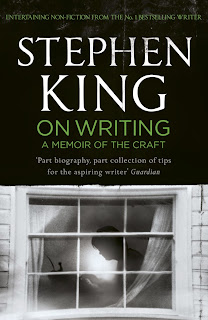 On Writing by Stephen King

You'll hear this mentioned over and over in writing forums. There's good reason for that. It's excellent.

Whether you like Stephen King's style, either as a horror writer or as a short story teller, you can't avoid the fact that he's highly experienced.

The first half of the book tells you quite a bit about King, what brought him to writing, how life experience fuelled writing, and where some of his ideas came from.

The second bit echos a lot of Elements of Style, but in a more 'you're a writer, I'm a writer, let's get on with it' fashion. If anything, it makes you feel slightly less mad about being a writer. You come away with a refreshed sense of yes, this is a profession, let's be professional about it. 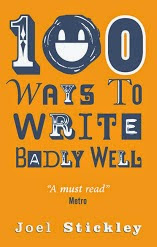 I met Joel once, many years ago. He's an extremely talented comedic writer.

If the other two books still leave you scratching your head over what 'cull all adjectives' and 'write in active voice' mean, this book will alleviate all doubt. It's extremely funny and highly informative.

It gives very short examples of really bad writing. By emphasising common errors, and taking them to exaggerated levels, it's easy to understand why certain styles of writing are better than others. Because it made me laugh, I also found that I tended to remember the lessons better, and experienced flashbacks to chapters when I started to err.