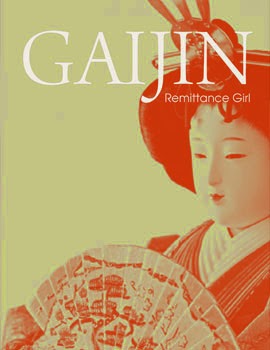 Such a very short story, so very much to say about it.

This wasn't free, I did actually buy it. I bought it because I'd read a short snippet (non erotica) by the writer and found myself hooked. RG has an ability to take short-term characters (in RPB a woman smoking a cigarette in a café) and make them wholly rememberable. Vivid, even without saying a word. That's a talent. Many writers write much longer books and their characters start to fade soon after the last page.

I'm not sure what it is. Don't think you can teach that. It's something some writers just have.

I was recently doing a round of interviews for my day job, picking through people's CVs. About twenty CVs, and one leapt out at me. The applicant was describing a short trip he'd taken to Morocco. It read less like a CV and more like a beautifully written piece of literary fiction. I mentioned it to my colleague and he replied "I know!" If someone hasn't already told this guy he's an author, they really ought to. I hope to get that chance myself if I meet him later this year.

It's the X-factor of writing. Sometimes people just have something, a way of writing, that sings to you. This is what I found with RG's short story in RPB, which spurred me on to explore further, following her into a genre I wouldn't say I could talk about with confidence.

Back to sex. Gaijin is a rape fantasy (won't go into the morals of that, check the manifesto). Firstly, I was highly impressed by the inventiveness and diversity of sex acts.

You might be sitting there thinking 'have you never watched PornoTube?' But, let me tell you, as someone who has written steamy scenes in most of her books - it isn't easy. Or, rather, it ain't easy not bein' cheesy. Each year there's an award dished out for the worst sex scenes in a book (the Bad Sex Award). That's just for one scene in a book. Imagine - with erotica - having to write continuously satisfying scenes, one after the other... That's an art, it truly is.

The other interesting tie-in was that RG was reading Rosy Hours at the same time, unbeknown to me. There's a nice feeling about impressing someone you're impressed by:

Made me blush more than her prose.

Non-sex related, this book took me by surprise. One moment people are boning, the next there's a deeply poignant observation on the nature of existence, or a darkly humorous line that raises a chuckle in the midst of something so wrong yet enthralling. I wasn't expecting to find an intellectual connection, yet, in retrospect, I'm not so sure why not. After all, sex is the most primal of all driving forces as human beings. Sex, birth and death, aren't they the things we all share a personal link with? It makes sense that in exploring those things we'd uncover some fairly cutting truths about ourselves.

On a random note, the picture was so cleverly painted that at times my mind's eye couldn't decide between real-life characters and manga.

One of the shortest stories I've read in a while (I'm mostly reading Game of Thrones at the moment, for comparison), but one that's got me thinking more than most. After all, it's not size that counts.