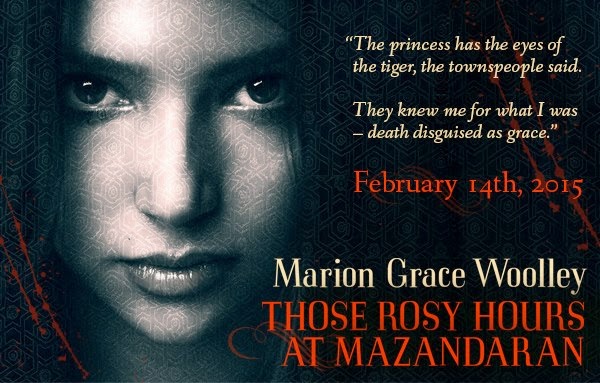 Yesterday, Those Rosy Hours at Mazandaran, which I first started blogging about back in May 2013, finally hit the shelves.

I was due to do a Skype interview with my publisher, but it started hailing hard just as I was about to call. I have tin rooves so it sounded like artillary, drowning out any chance of a conversation.

My publisher is based in London, but my editor, who was conducting the interview, is in Spain at the moment. I'm GMT + 2, she's GMT + 1, and by the time we'd finished our interview (20 minutes of Q&A, another 45 minutes of general gassing) the first reviews were starting to roll in from America.

"Have you seen this?" Salomé asked. "You've already got five reviews!"

We watched as they started to rise...

I can't even begin to describe this (which is odd for a writer, usually we can describe everything in between 500-100,000 words). When I first started this post it said Historical Fantasy #56, because it was ranked 56th in Amazon UK's Fantasy/Historical catagory.

I refreshed and I'd climbed to 18!

I'm gobsmacked. I'm up there with Bernard Cornwell, who wrote Sharpe, and an excellent article on writing historical fiction in the 2010 Artists' & Writers' Yearbook, which was hugely helpful in my own endevours. Also, right next to Elizabeth Kostova, whose book The Swan Thieves I recently read. 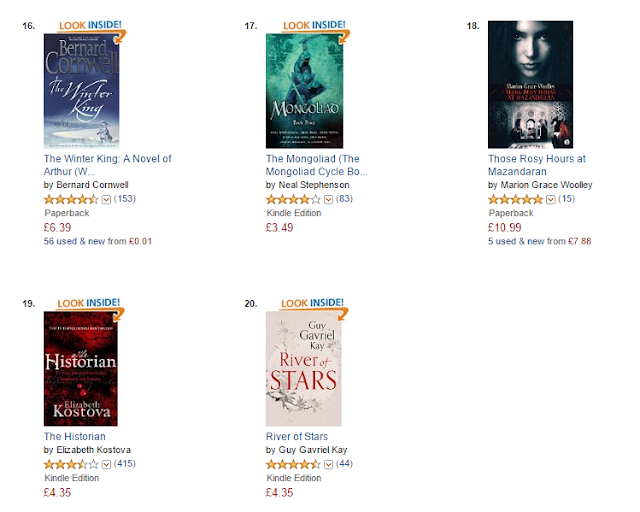 Amazon rankings are constantly changing, depending on how many sales and reviews you get in a short space of time. This may be the highest I get, but I've never been anywhere close to it before. I am simply over the moon.

I cannot thank my publisher and readers enough for all of their support over the past few months. It's been the best lead-in to launch I've had of any of my books, and the effort they've invested really paid off. I won't blubb into an Oscar speech. Just know that it is hugely appreciated, and that it makes me want to write even more.

Now I truly need to stop hitting refresh and get some sleep.