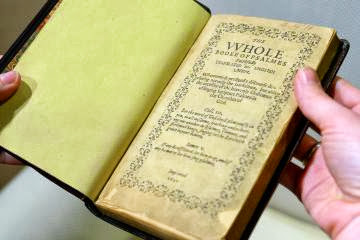 A copy of the Bay Psalm Book, the first printed book in the land that would eventually become the United States of America, will head to auction in late November where it is expected to fetch anywhere between $15 million to $30 million.

The Bay Psalm Book is one of eleven surviving copies of the tome and is one of the world’s most valuable books. It was originally printed in 1640. The copy going for auction belongs to Boston’s Old South Church, which has two copies in its possession. The Times reports that it is being sold in order to fund maintenance and public outreach for the church’s program.