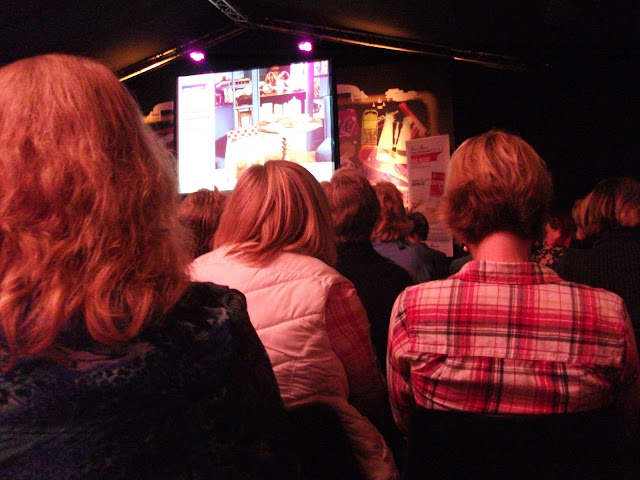 Never seen crowds like it! QWERTY was absolutely packed for our final visit to the festival. We went to see Victoria Hislop, bestselling author of The Island, and, incidentally, also wife of Ian Hislop of Private Eye & Have I Got News for You fame.

It never ceases to amaze me - Lionel Shriver, Jasper Fforde, Victoria Hislop - I reckon an 80% female audience for all of them. Very strange. The most men I saw in one audience was probably for Mark Thomas. Wonder what it is about fiction and women. Or literature festivals and women...? Certainly not a bad thing, just interesting.

Right, I admit to feeling a little embarrassed about this. The only reason I'm familiar with Victoria Hislop's work is because my editor at Green Sunset Books told me that The Island was one of her favourites.

My book, Angorichina, is about a tuberculosis hospice in 1930s South Australia. The Island is about a leprosy colony in the 1950s.

A few weeks ago, I received an e-mail from a lady who told me about a ghostly experience she'd had whilst visiting Angorichina Tourist Village. She wanted to know whether my story had been inspired by a similar experience. Very interesting e-mail.

However, one of the most haunting experiences that I ever had, was on the island of Spinalonga - which is where The Island is set!

On a family holiday to Crete when I was in my teens, my father, my aunt, and I hopped a boat across to see the place. When we returned to the UK, my aunt went to get her holiday snaps developed (yes, really - that's how long ago it was!); when they came back, the oddest thing had happened. All of the photographs both before and after Spinalonga were fine. But not one photograph from the island itself had come out. To this day, she still talks about it. Very eerie.

It was really interesting listening to Hislop speak. She's extremely engaging, with a wonderful reading voice that you could listen to for hours. I especially enjoyed it when she spoke of the power of photographs in developing stories.  The Mortlock Picture Archive at The State Library of South Australia was hugely influential in the creation of Angorichina. There is one photograph from 1932 - the year the story is set - in which I can see all four of my characters. I had already written most of the book when I found it, but somehow it felt as though I knew the people in the picture. Very surreal experience.

The embarrassing thing to admit is that I haven't actually read The Island yet. Having purchased a copy on the recommendation of my editor, it proceeded to do the rounds within my family. Everyone I went with knew exactly what was going on, whilst I sat there with mixed amounts of shame and fascination.

Better still, the event was sponsored by Bonne Maman. As we left the tent, everyone received a bag of goodies. Honestly, their mixed seed biscuits are delicious. We snaffled most of them at home on the lawn, sipping a cup of tea in unseasonable sunshine. 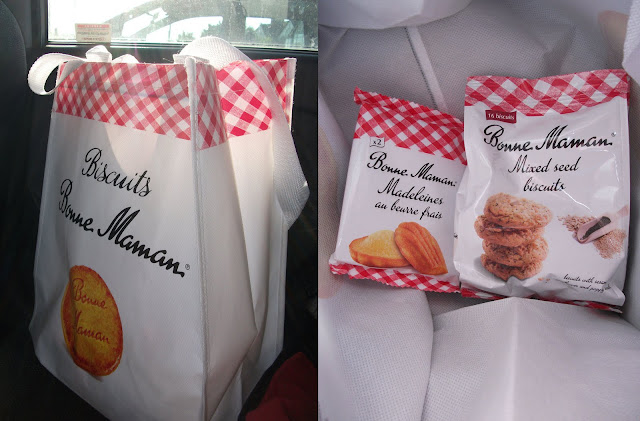 Lovely way to round off the festival. Very much looking forward to next year.
at 19:15