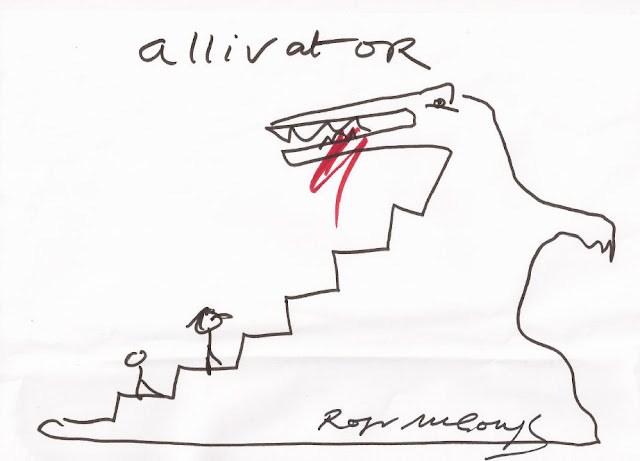 Yet another excellent day at the literature fest. This time a morning performance by the legendary poet Roger McGough, who delivered a fine hour of reading and performance poetry. He also did some sketches - one (above) we managed to nab from the stage and get signed afterwards!

Wasn't such a good signing though. I hadn't thought it through very well. A little strapped for cash, I discovered an extremely old copy of Waving at Trains on my bookshelf, published in 1982. I'm fairly sure Dad posted it to me at uni  ten years ago, when we were discussing poets. He's a huge fan.

This, in itself, wouldn't have been so bad, only - on the way to the Waterstones tent where the signing was taking place - I turned the first page and discovered a faded pencil etching: 79p

Fearing being forcably removed from the book tent, Marilyn quickly purchased An Imaginary Menagerie and we went up together to get two books and a stolen piece of artwork signed. Luckily it was enough of a distraction to prevent him from leafing to the second page.

He is fantastic to watch performing. If you get the chance - go! And another nice thing about Cheltenham Literature Festival during the day is that there are loads of kids running about. Lots of storytelling, children's books and things to entertain them.

It's really encouraging to see the next generation of readers. Roger McGough bridges the age gap brilliantly, attracting pre-teens and sexagenarians alike. Not many can do that. Though, as my dad pointed out: 'Funny we're putting so much effort into encouraging kids to read whilst simultaneously closing all the libraries.'

Rounded off with a meal at The Rising Sun, which has one of the best views of any pub in the land. 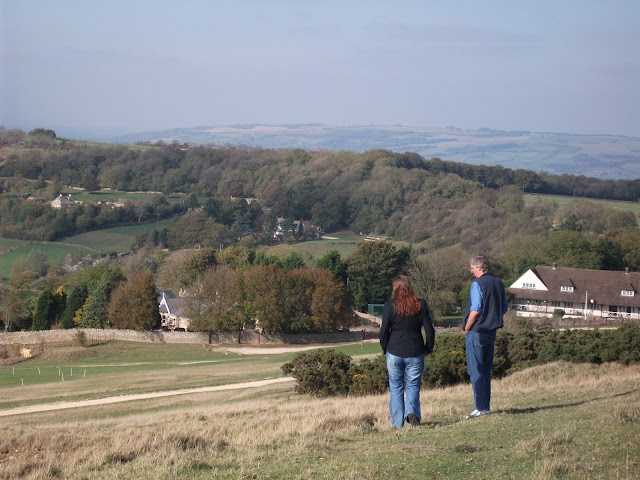 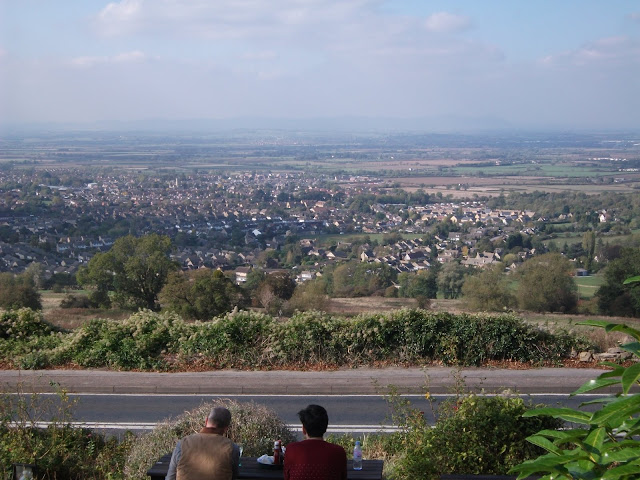 Those are the Malverns right off in the distance. Glorious place.