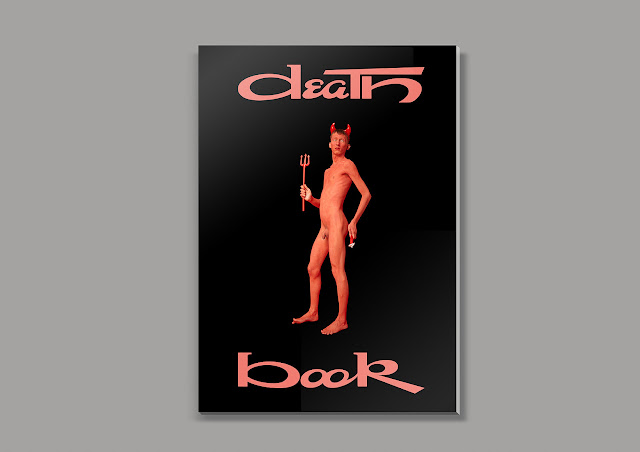 I'd like to give a shout out to a most excellent individual, Matthew Holroyd.

He's releasing this gem on Halloween:

Edited and published by Matthew Holroyd, the founder of Baron and Baroness Magazines and photographer Edith Bergfors, the death book is a series of loosely connected vignettes exploring photography’s relationship to death and how death is portrayed in Western society.

A photograph typically captures a moment in the past, bringing it to the present. In contemporary surveillance culture (a.k.a the internet), the dead and alive exist side by side. On the satellite mapping site Google Earth, for example, Bergfors has sourced photographs of her now-deceased grandparents gardening. Likewise, as a genre, portraiture tends to circle around mortality, desire and power.  Through extensive Photoshop manipulation, the editors of this book presents themselves as thinned down, airbrushed and clad in designer fashions, in an attempt to be remembered as rich and picture-perfect. Sadly, The National Portrait Gallery, London, rejected their attempts to bequeath these portraits to the nation.

In a time where a digital version of almost anything is possible, the advantage of being able to upload a posthumous video for loved ones to watch is now a possibility. Bergfors and Holroyd recreate such films and the book ends with two QR codes for anyone to scan and watch, just like a supermarket barcode.

The subject of photography and death is something I'm also extremely interested in, and writing my own novel about.

Got very excited when I saw Matthew post about this. We were at BRIT School together, and once got an A in Physical Theatre for doing two-person forward rolls back and forth in front of a television playing white static. That probably explains a lot about how we came to be where we are today.

Anyway, you can pre-order a signed copy here. 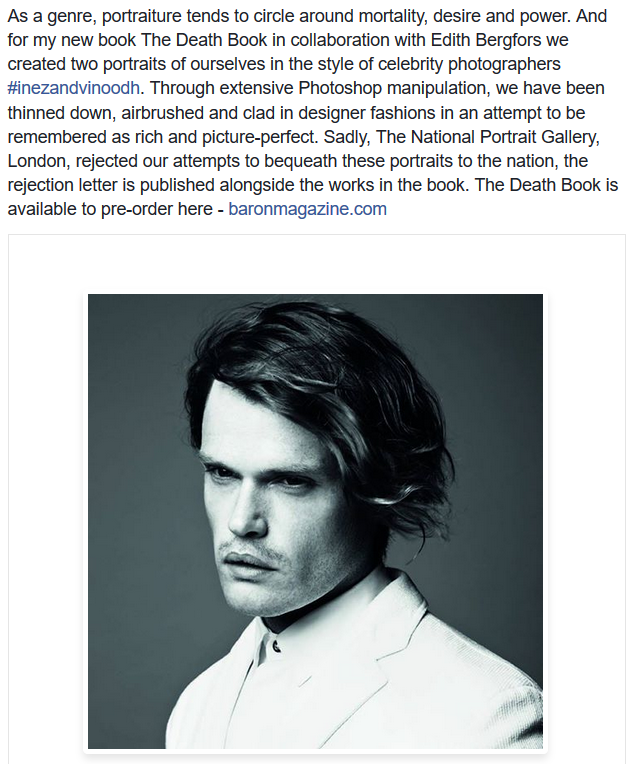